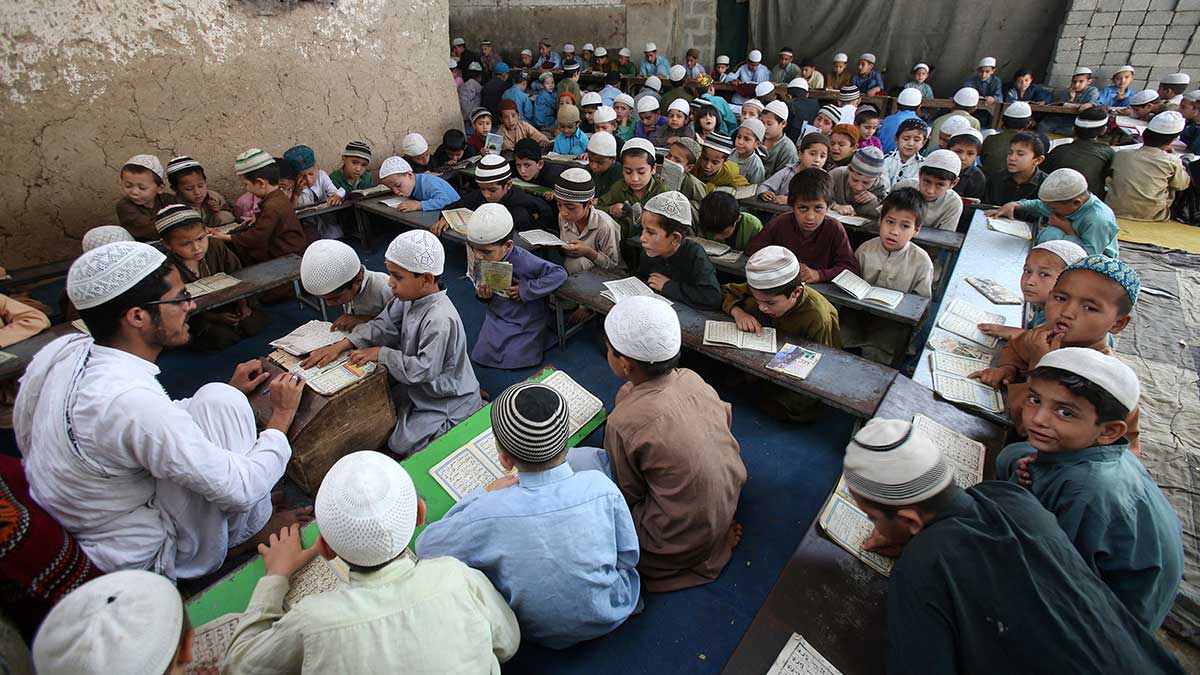 The Khyber Pakhtunkhwa government is going to launch scholarships for the madrassa students as part of the government’s reform plan for the mainstreaming madrassas.

On Sunday, the statement was issued in the meeting presided over by the Chief Minister Mahmood Khan regarding the decision to launch Rehmatul Lil Alameen Scholarship Programme. The chief minister ordered Auqaf and religious affairs department to take required steps to launch the scholarship programme.

Mahmood Khan directed the concerned authorities to take measures in order to increase the monthly salaries of registered Khateebs in the province and to finalize all measures to give monthly stipends to prayer leaders from the start of the upcoming financial year.

Stipend for Imams, Khateebs and scholarships for madrassa students

Moreover, this monthly stipend would cost the government around Rs 3.25 billion annually. The payment of each prayer leader of the main mosques would get Rs 10,000 per month stipend.

The chief minister also directed the high-ups of Auqaf department to finalize required revisions to Khyber Pakhtunkhwa Waqf Properties Ordinance, 1979. He further ordered to present the same to the provincial cabinet so that it can be approved to ensure improved and resourceful management of the Waqf properties across the province.

However, the detailed briefing was given to the meeting regarding the progress that has been made so far, on reforms and business plan to rationalize all the affairs of the department on modern lines and guarantee better and effective management of all its viable properties.

Besides Special Assistant to Chief Minister on Auqaf Zahoor Shakir, Auqaf secretary and Auqaf administrator, the meeting was attended by officials concerned of Auqaf and finance departments.

The country has registered around 5,000 madrassas (religious schools) across the country as part of the government’s reform plan for the mainstreaming of more than 35,000 madrassas.

According to the education ministry, In Pakistan, “Around three million students are enrolled in the 35,000 madaris out of which 26,160 are registered with the provincial/area governments under the society act.”