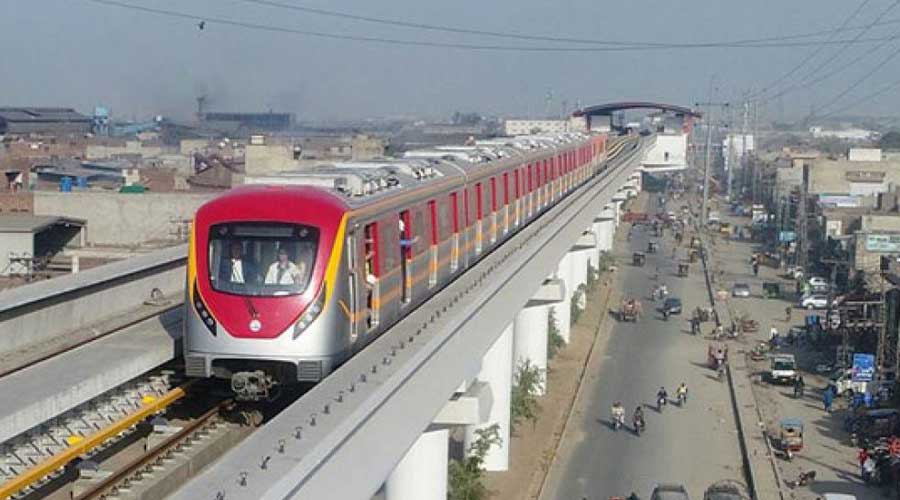 The unfortunate incident happened in the middle of the night and cars were also crushed which were parked under the gantry. Meanwhile, the truck driver and his assistant sustained few injuries, and no other causalities have been reported.

The video of the fallen gantry is revolving on Twitter made by some onlookers where the containerised vehicle crashed onto the gantry below. Eye witness account described that the accident happened due to the over height of the heavy-duty truck. The Orange Line Metro Train representative informed the media about the accident that the height gantries had been established to guard the underlying cables which are essential to the daily operations of the project.

The Orange Line service was started on October 25, 2020, and 22 trains pass through the track on daily basis. The starting time of the Orange Line Metro Train service is from 7:30 AM to 8:30 PM.

The 27-kilometer long completed a one-way journey in 45 minutes, connecting Ali Town and Dera Gujran. The train had the capacity to facilitate around 250,000 people on a daily basis.

Other serious incidents included workers being electrocuted, to construction workers being crushed by a falling wall, in their sleep. The human cost of the projects has been immense.

Moreover, LESCO estimated that the Orange Line is bound to consume electricity worth PKR 25 million each day to function properly. The Government will also have to pay an additional PKR 10 billion in subsidies even after keeping the ticket price at Rs 60 but, still, this isn’t an affordable option for many.