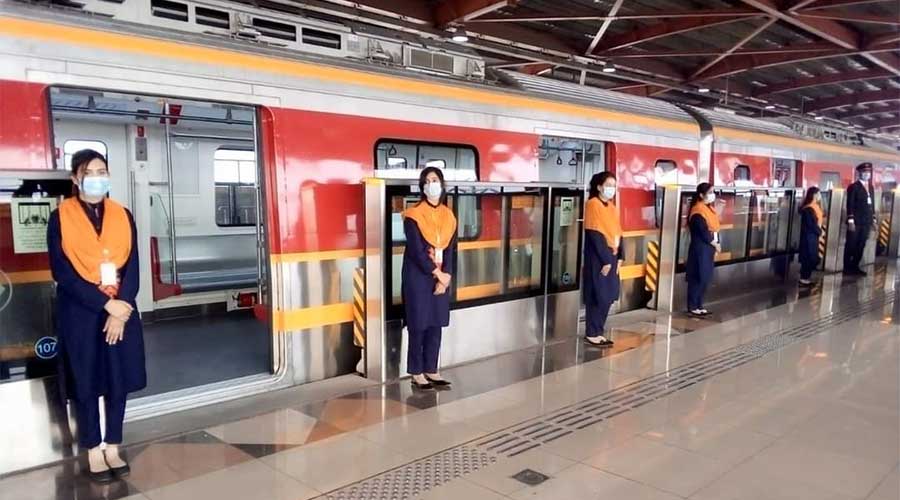 According to the Punjab government, this Lahore Orange Line facility is expected to be availed by almost 88 million people that makes 245,000 daily use.

The sources on Thursday said, “We think that the project will help over 88 million people, in general, to save their personal transport cost of over Rs60 billion per annum that we have estimated. Besides this, the orange line will also be helpful in reducing travel time, pollution, and traffic congestion if the aforementioned people’ numbers we estimate use the train.”

According to a document available, 27 sets of trains, each of five train cars/coaches are ready to run between Dera Gujran (Near Quaid-i-Azam Interchange, GT Road) to Ali Town (Raiwind Road) from Oct 25. Trains have a maximum speed of 80km per hour if run at a 34.8km per hours speed will complete the end to end travel within 45 minutes. All trains will stop at all 26 stations on the 27.12km long route.

Transport Minister Jehanzeb Khan Khichi said that this project would provide job opportunities to more than 4,000 people and state-of-the-art travel facility to around 250,000 commuters daily.

“A Rs5.62 billion subsidy will be given to this project. The one-side fare will be Rs40.” The project would lessen transport load on GT Road, Station Road, Multan Road, and other thoroughfares, He said.