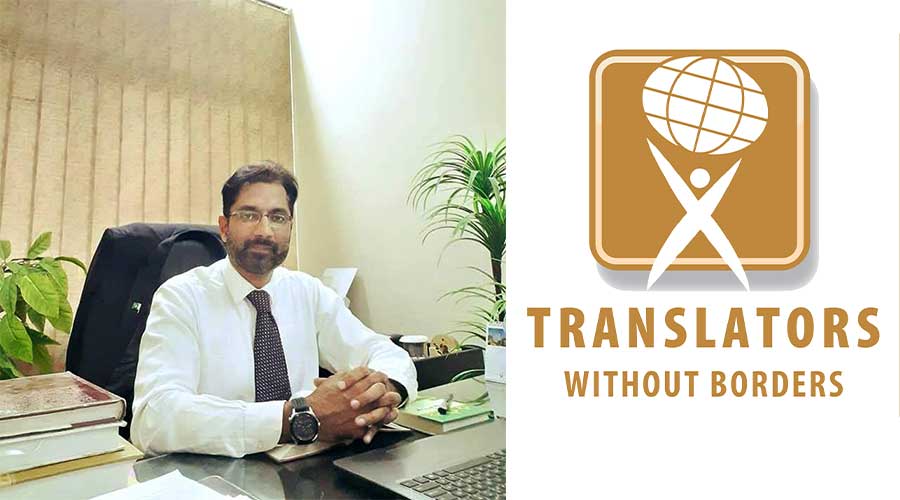 Dr Jamil Asghar Jami, Director of Department of Translation and Interpretation at the National University of Modern Languages (Numl) has been awarded distinction by Translators without Borders, the largest translation organization in the world.

The Press Release revealed that Dr. Jami contributed 100,000 words to the organization in terms of translation and reviewing over the last two years. He achieved a 4.77 out of 5 quality assessment score, which is one of the highest for any non-native English translator/reviewer.

The NUML further said that the score was awarded by keeping in view the four quality parameters: accuracy, fluency, style, and design. It makes him eligible to be the lifetime executive member of the organization as he is the first Pakistani to achieve this position.

Dr. Jamil Asghar Jami said, “During all this journey, I have greatly been helped by my institution, seniors, and friends. I dedicate this honor to Numl which made it possible in myriad ways.”

The NUML Rector Major General Muhammad Jaffer (r), felicitated Dr Jami on this landmark Translators without Borders achievement and wished him more success in the future while assuring him of his full personal and institutional support.

National University of Modern Languages (Numl) is the asset of Pakistan which offers degrees and courses in most languages (National and International).

A few days back, Muhammad Abdullah, a student of the National University of Modern Languages (NUML), won the third prize in a virtual “International Declamation Contest” organized by the Ministry of Kashmir Affairs and Gilgit Baltistan in order to observe Kashmir Black Day.