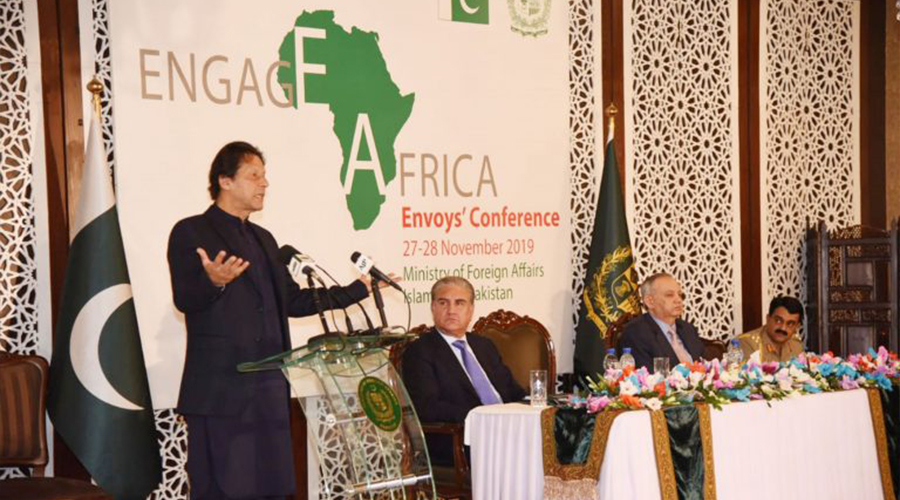 As a result of new engagement with African countries through the “Look Africa” campaign started by the government of Pakistan, Pakistan’s trade with Africa increased by seven percent to US $ 4.18 billion in 2019-20.

He said that exports to Africa increased seven percent as a result of Pakistan’s new connections with African countries through the Look Africa Policy Initiative.

The Advisor said. “For the first time, Pakistan will take part in next month’s International Khartoum Fair.”

He said the Ministry of Commerce was also shaping next month’s Pakistan Africa Trade Growth Conference in Nairobi, Kenya.

“As Pakistan is increasing its grip in homemade equipment’s, so therefore the country is scheduling to increase exports of pharmaceuticals, surgical goods and light engineering and electronic products, including tractors and agricultural implements, two and three-wheelers, commercial and domestic fans and electrical machinery,” Razak Dawood said, responding to a query.

He said these goods had a great deal of potential to interact with the unexplored African market.

Replying to a question, he said under the Look Africa Policy of Ministry of Commerce “We are taking different initiatives including six new commercial sections have been opened in Algeria, Egypt, Ethiopia, Senegal, Sudan, and Tanzania, in addition to four existing commercial sections in Kenya, Morocco, Nigeria, and South Africa, to cover top ten economies of Africa”.