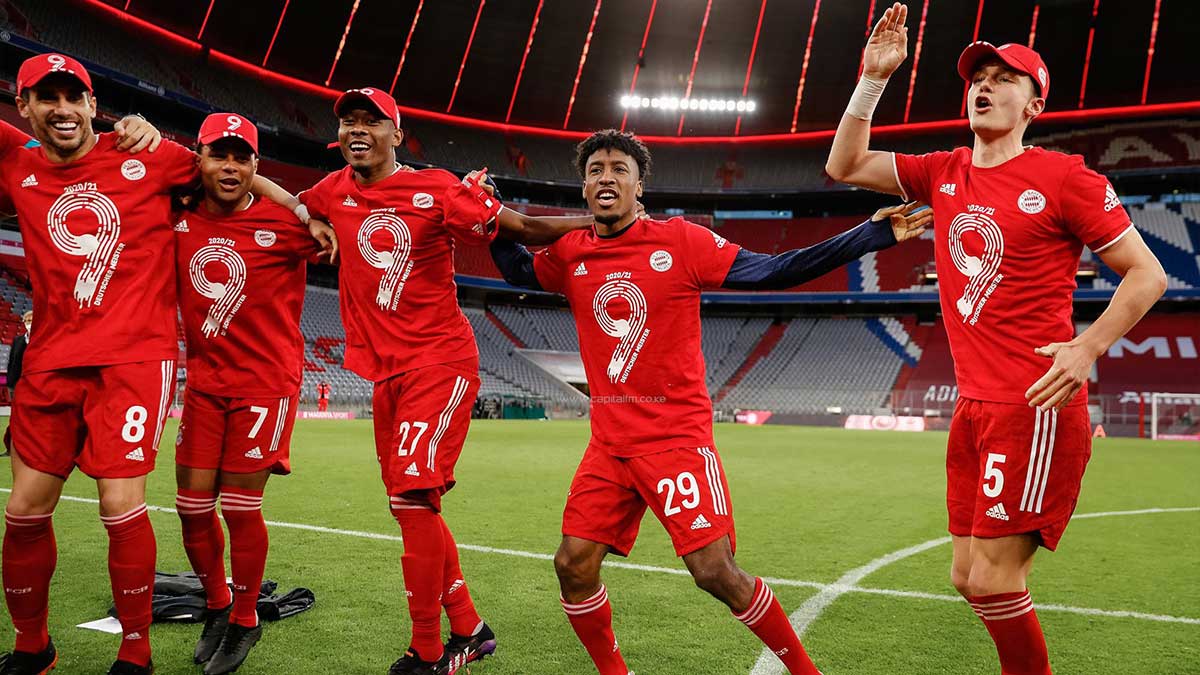 With the 3-2 victory over RB Leipzig by Borussia Dortmund, Bayern Munich has won the Bundesliga for the ninth time in a row.

Last season’s treble winners missed out on the Champions League this season, but they are still well ahead of their German rivals.

Bayern Munich was expected to clinch the title when they hosted Borussia Monchengladbach later on Saturday, but Dortmund beat second-placed Leipzig at Signal Iduna Park thanks to goals from Marco Reus and Jadon Sancho, who scored twice after half-time.

No team had ever won more than three Bundesliga titles in a row before this incredible streak.

Bayern has now won the Bundesliga 30 times since its inception in 1963, with Dortmund and Gladbach coming in second and third, respectively, with five titles each.

Bayern has won 16 titles since 2000, demonstrating their increasing domestic supremacy, and stalwarts Thomas Muller and David Alaba have both won 10 titles with the club, a new club record.

Alaba will leave Bayern at the end of the season, and Hansi Flick has also announced his departure after just 18 months in charge, with speculation that he will take over as head coach of the German national team.

Julian Nagelsmann, the Leipzig manager, would step in and try to keep the dynasty he was trying to bring down until recently.

Bayern Munich won their ninth Bundesliga title in a row on Saturday, with Lewandowski scoring a hat-trick in a 6-0 thrashing of Borussia Monchengladbach.