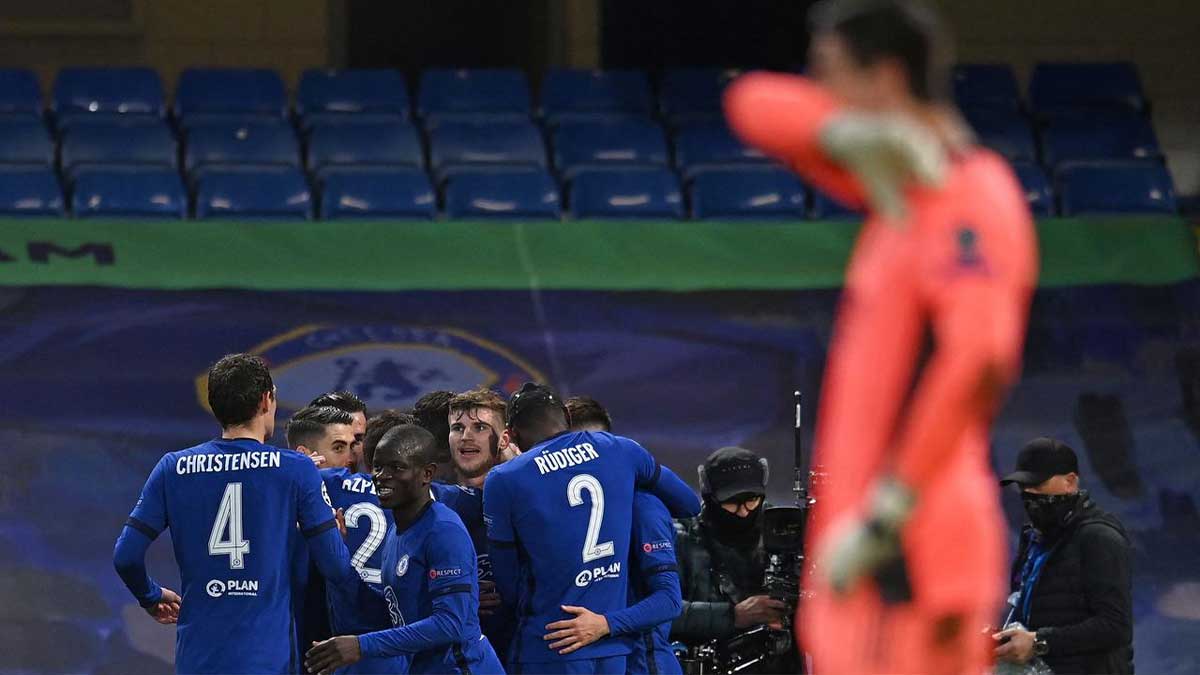 After a well-deserved victory at Stamford Bridge thanks to Timo Werner and Mason Mount, Thomas Tuchel’s side will travel to Istanbul to face Premier League rivals Manchester City.

The Blues took the lead thanks to the Germany international’s first open-play goal in the competition since September 2019, before Mount scored from close range in the closing stages after the hosts had missed a slew of second-half chances as they easily countered Spanish giants Real Madrid.

Even with captain Sergio Ramos and former Chelsea player Eden Hazard back in the lineup, Zinedine Zidane’s side looked out of control in a 3-4-3 formation, as their winless run against the Premier League club extended to five games.

Werner had the ball in the net after 18 minutes after a quiet start, but he had strayed offside before meeting Ben Chilwell’s low cross.

In the first 25 minutes, Madrid had 73% possession, and Chelsea goalkeeper Edouard Mendy made a fantastic one-handed save to keep out a shot from Karim Benzema on the turn.

Nonetheless, they fell behind after just two minutes. N’Golo Kante’s superb pace helped him to set up Kai Havertz, and despite the fact that Havertz’s chip hit the crossbar, Werner was there to nod in the rebound.

Benzema was stopped once again by Mendy, this time from a close-range header, but despite their possession of the ball, Madrid failed to create chances.

Just after the restart, Havertz hit the woodwork again with a strong header, but Real Madrid goalkeeper Thibaut Courtois felt relieved when the ball bounced over and behind him.

Mount squandered a golden opportunity by driving at Courtois but missing the target, and Havertz was denied by the goalkeeper’s leg after a simple ball over the top.

Kante also wasted a decent chance before Mount finally put the game to end, steering into the net from Christian Pulisic’s cutback after Madrid had lost possession in their own half.

Prior to this match, Madrid had never defeated Chelsea in four previous European encounters, and had lost four straight away games against English teams in the tournament.