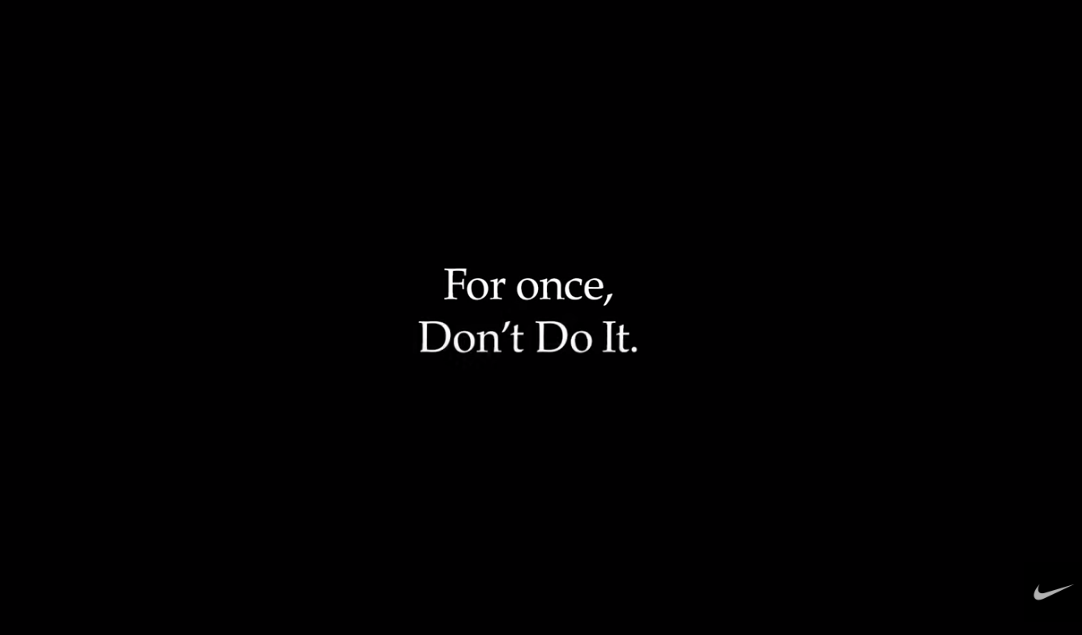 The slogan of Nike is “Just Do It” but due to the recent wave of anti-racism protests started in the US they changed it to “Don’t Do It”. After the death of George Floyd by police officer Derek Chauvin there are now protests everywhere in the USA. Even President Donald Trump has to move towards White House bunker to hide from protestors.

Nike’s message came in a text only video format on its official social media account with a strong word “For once, Don’t Do It… Don’t pretend there’s not a problem in America”.

Let’s all be part of the change. ⠀ ⠀ #UntilWeAllWin

George Floyd who was an African American died by the hands of police in Minneapolis on May 25th 2020. The death of George Floyd was captured in a cell phone in which a police officer Derek Chauvin can be seen pressing his knee on Floyd’s neck for almost 8 minutes and 46 seconds and after that Floyd went motionless, apart from Chauvin there were other 3 police officers as well who did not bother to do anything.

In a black background and white words contrast, Nike released a video that says “Do not turn your back on racism. Do not accept innocent lives being taken from us. Do not make any more excuses. Do not think this does not affect you”.

This is a strong message by Nike who is trying to raise their voices as well to put an end to racial injustice.