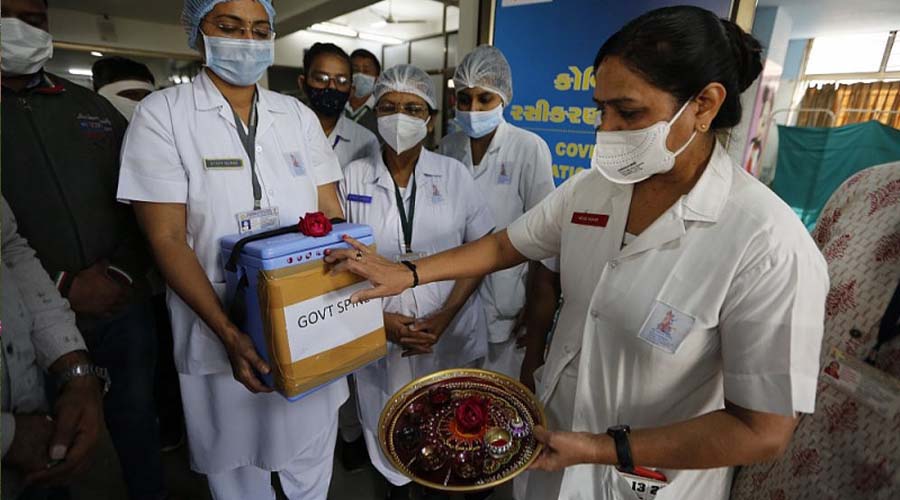 At least one death and 447 cases of side effects were reported among 224,301 people as India rolled out the Covid vaccination program starting this weekend.

On Sunday, Indian Health Ministry revealed the adverse reactions of the coronavirus vaccine which have been reported out of 224,301 people who received the first dose of vaccines in the country.

According to Manohar Agnani, joint secretary at the Health Ministry, “Of the 447 Adverse Event Following Immunization (AEFIs), three had to be hospitalized, while two of them have now been discharged after 24 hours, one continues to be under observation.”

The reports of adverse reactions to the vaccine spark concerns over the safety of Indian vaccines. Anant Bhan, a global health and bioethics researcher, who recently co-drafted the World Health Organization’s policy brief on “ethical considerations for current and future COVID-19 vaccine trials”, said, “Given the large number of individuals receiving the vaccination, it is not unexpected to see adverse events. However, for indigenously produced Bharat Biotech’s Covaxin, they [authorities] could have waited for the efficacy data prior to including it in the response.”

Covaxin is the country’s indigenous vaccine and is made by Bharat Biotech in collaboration with the Indian Council of Medical Research. While, the Covishield vaccine is being manufactured by the Pune-based Serum Institute of India, which is the vaccine developed by Oxford University and AstraZeneca.

Both of the vaccines are being administered in the country and experts have strongly reacted to the haste with which the Indian drug regulator approved the vaccines, especially in the case of “Covaxin” which does not have efficacy data available from a large phase III study.

Bhan further highlighted, “[It is] Important for everyone to remember that the government through the Indian Council of Medical Research (ICMR) is a co-sponsor for the clinical trials for both vaccines and hence has stake also in the vaccine research process and the data produced thereof.”