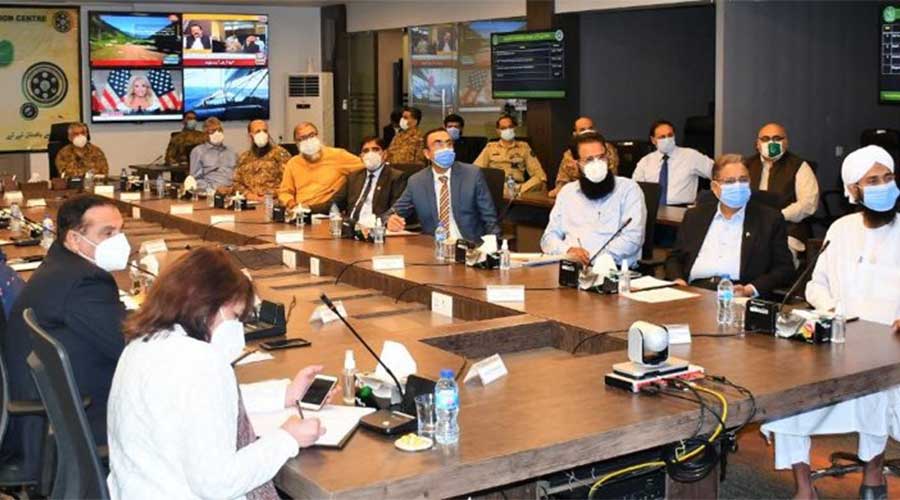 On Thursday, NCOC suggested the reopening of the educational institutions in the country with the top to bottom approach, there would be opening of universities first, then colleges, and schools at last on the rotational basis.

The meeting was attended by representatives of various educational institutions, including public and private sector institutions and madaris, to reach a consensus-based decision on the opening of various institutions from university to school levels.

All the provincial, Azad Jammu, and Kashmir and Gilgit-Baltistan focal representatives joined the meeting via a video link where the whole discussion was carried out.

Moreover, according to the NCOC statement released after the meeting held for reopening of educational institutions, “The timings of various institutions should be reduced by suspending various activities which involve mass gatherings, including co-curricular activities.”

Everyone in the meeting was briefed regarding the current coronavirus condition in Pakistan and around the world, also they were told about the risks and challenges which are involved in the opening of educational institutions. As now the condition is stable in the country but the situation is related to children of all ages who will be sent to school when institutions will reopen.

Federal Education Minister Shafqat Mehmood further informed in the meeting that the final decision to reopen schools would be taken on September 7 after agreement and input from all relevant stakeholders.