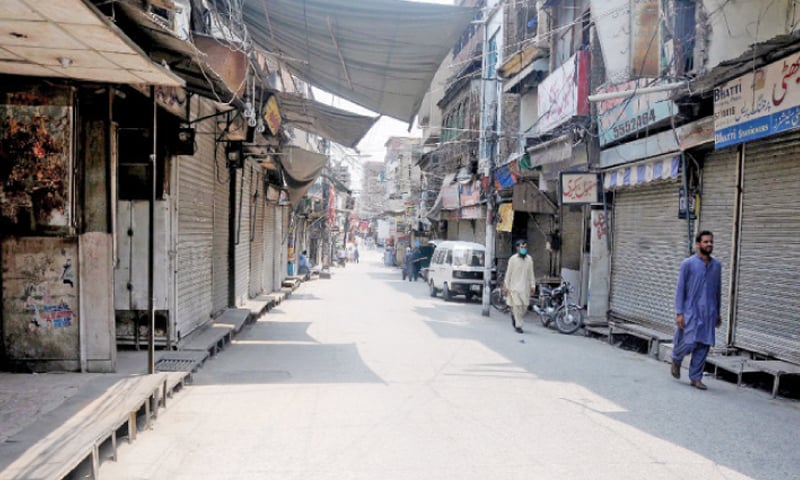 Punjab government has decided to partially impose smart lockdown on seven of the major cities in Punjab.

On Tuesday, National Command and Operations Center (NCOC) directed the Punjab government to impose a partial smart lockdown on seven major cities I.e. Rawalpindi, Lahore, Multan, Faisalabad, Gujrat, Gujranwala, and Sialkot. Lockdown has been started imposing in Lahore immediately while the other six cities will follow directions by Wednesday midnight.

There would be police positioned at the entry and exit points of the areas to put restrictions whereas, rangers and the army will be positioned on standby.

Many localities are under strict restrictions. The entire Phase-1 and Phase-5 of the DHA, major areas of Gulberg (B1, B2, B3, A3), Johar Town (B, G3, J2 blocks,) Wapda Town (F2 and G blocks), entire Askari-10, parts of Cavalry Ground, Qila Gujjar Singh, Canal View (B Block), Daroghawala, localities falling on the backside of the Lahore General Hospital, Gulistan Colony and scores of smaller localities spread across the city would face the lockdown.

Moreover, tandoors, dairy shops, and pharmacies would stay open in these areas and factories producing PPEs. The areas will face strict lockdown for 2 weeks and then the decision will be taken according to the results. Meanwhile, in Punjab, 1,202 death toll has reached while confirmed coronavirus cases reached 60,138. Punjab reported 1,899 new cases in the last 24 hours while 53 new deaths. 17,825 people recovered so far and a total of 366,435 tests are conducted so far, with 11,739 tests done in the last 24 hours in the province.