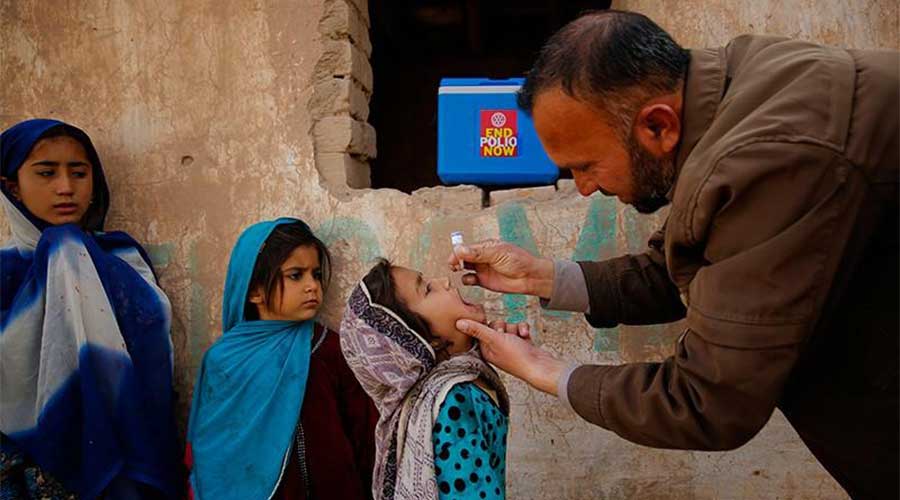 On Monday, the nationwide polio campaign has begun, aiming to immunise 40 million children which will go on till Friday this week.

The vaccination campaign for 40 million children will help to eradicate the poliovirus from the country as Pakistan after Afghanistan is the second country with the highest rate of polio cases. The Pakistan Polio Eradication Programme calls this drive the nationwide immunization in the country since February that delayed due to coronavirus.

The statement said, “The September nationwide polio campaign coincides with the recent news of Africa being certified as polio-free. With this development, Pakistan and Afghanistan are now the only remaining strongholds of the virus in the world.”

Dr. Faisal Sultan Special Assistant to the Prime Minister on Health took to twitter and urged parents to cooperate with polio teams in order to get rid of this crippling disease. “Nationwide polio vaccination campaign starts today. Aiming to vaccinate 40 million children. A team of 275,000 persons will make this happen. A request to parents and caregivers to cooperate with the teams to work towards a polio-free Pakistan.”

About Polio Eradication Programme, he said, “With the news of Africa being certified as polio-free, we are also ramping up our efforts to bring us closer to a polio-free Pakistan. We are consistently reviewing our campaign performance and responding to the needs of the communities we interact with in order to improve our outreach and capacity.”