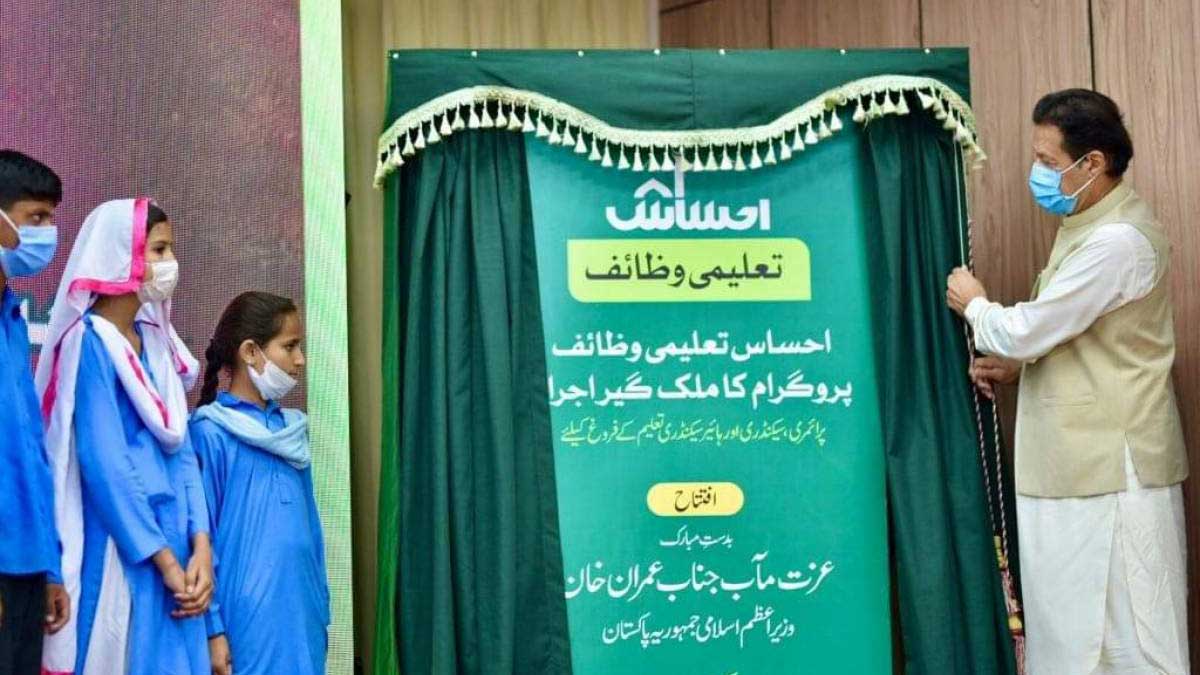 Prime Minister Imran Khan has launched the Ehsaas Education Stipends programme for deserving families, said his government has always aimed for the provision of quality education for children nationwide and gave incentives to preclude dropouts from educational institutions.

According to the report, Imran khan said “Over 20 million children in the country are out of schools. Efforts are underway to ensure their inclusion in the educational mainstream”.

Moreover the main aim of the programme is to provide financial assistance to poverty-stricken households for the education of their children at primary, secondary and higher secondary levels.

The Prime Minister said a country’s principal assets “are its people” and that not providing them education was akin to “wasting your asset”.

He said safeguarding education for all was a priority of the government, adding that stipends would play a role in encouraging parents to send their children, particularly girls, to schools.

Khan emphasized that a well-educated woman was a greater subsidy to the society than a well-educated man because she “teaches her kids and changes the entire system of her household (such as) health and wellbeing of children, which have a lot of societal impacts”.

Furthermore, Imran said the western world, assume wrong, that Pakistani parents do not send their girls to schools for education.

According to PM, he has visited almost all parts of the country and he did not find parents who do not want their girls to get education. He added that there are other reasons for girls’ schools’ deprivation like at times schools are far away and parents worry for the safety of their daughters. Imran also identified the issue of ghost schools.

Meanwhile, he also identified the failures of former government who did not take measures to make education accessible to all, especially for girls.

He continued that the Ehsaas programme would support the government reach these goals as it was mainly the obligation of the government to deliver facilities of education to all.