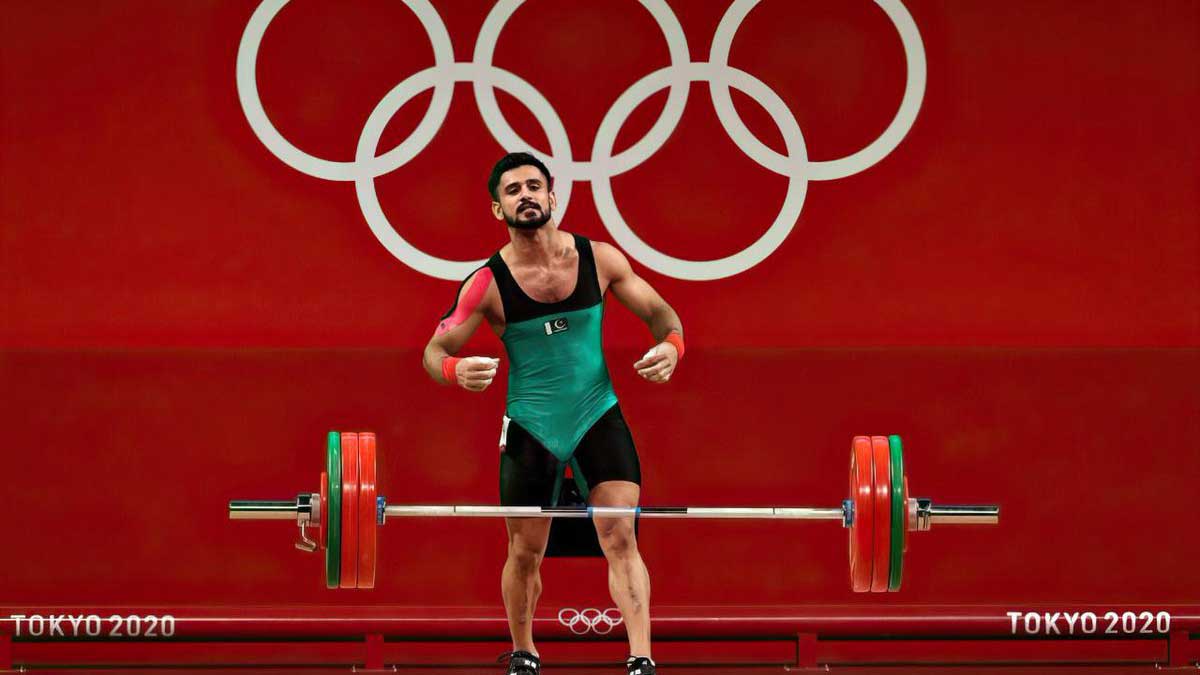 The 21-year-old finished fifth in the 67kg category at the pandemic-postponed Games, where he lifted 150 kilograms in snatch and 170 kilograms in clean and jerk to accumulate a total of 320 kilograms and received US$1000 from the Chef De Mission and Director Army Sports Directorate Brig Zaheer Akhtar at Olympic village Tokyo.

Appreciating the efforts of Talha Talib and other athletes participating in Tokyo Olympics, Brig Zaheer Akhtar said that Talib’s first appearance in Olympic shown his skills and abilities that he is upcoming star for Pakistan in the game of weightlifting.

Pakistani celebrities are honouring Talib, whose performance may not have won him a medal but won him the title of the ‘national hero’ for many on social media.

Pakistan competed in the weightlifting discipline at the Tokyo Olympics after a 44-year absence, with Talha Talib representing the country on the international stage.

Talha’s performance at the event gave Pakistani fans optimism that the country would win its first weightlifting medal at the Games, but the athlete fell just short.

Talha, who was competing in the 67kg men’s weightlifting event, led the race for a while before being beaten in the final attempts by athletes from China, Colombia, and Italy.

Despite the fact that the 21-year-old weightlifter did not have a coach, he demonstrated his potential.

Talha, a Commonwealth Games gold medalist, finished fifth in the tournament. Despite the fact that he did not win a medal, he garnered widespread accolades for his outstanding effort.

Many people flocked to Twitter to show their support for Talha, who came so close to winning gold in the Olympics.