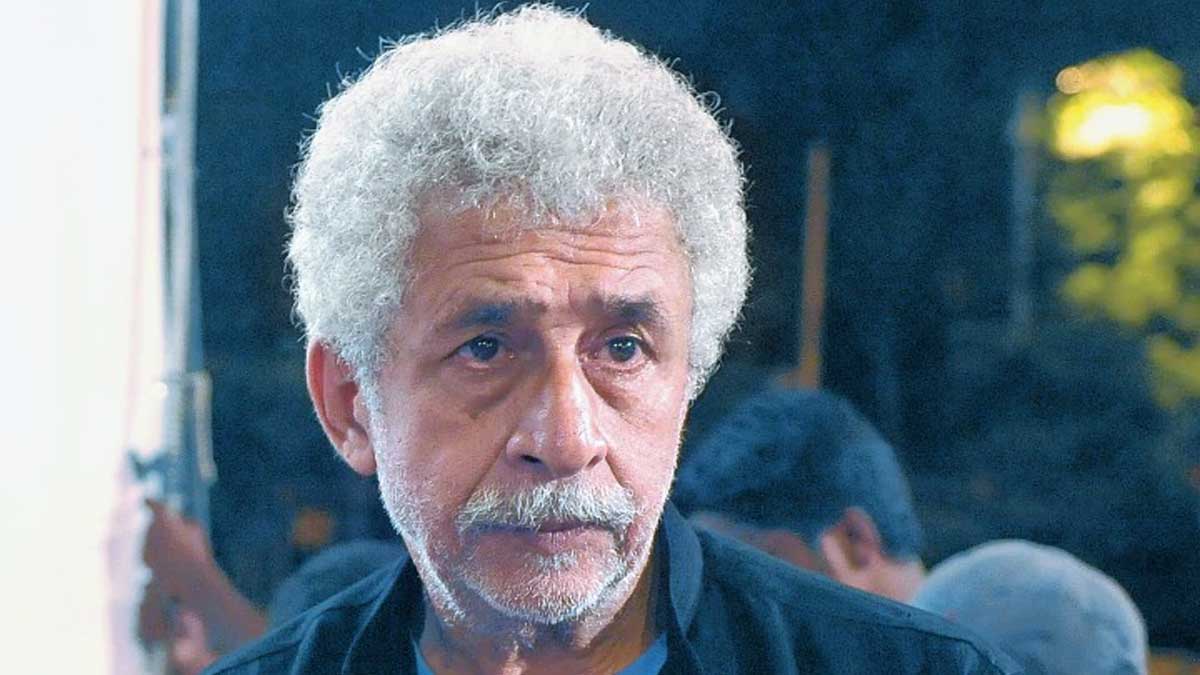 The appearance of legendary Indian actor Naseeruddin Shah, via a live session, in Karachi Literature Festival 2022 was so unexpected but pleasurable moment in the event, surprising the Pakistani fans.

He shared his personal stories, his acting encouragements and even exposed that he had seen a time when his wife and actor Ratna Pathak was jealous of how many proposals he’d get. According to him, she too wasn’t “masala film material.”

While describing his journey from mainstream to comparable cinema, he shared the reasons to take up commercial work in spite of his reservations about it and also accredited the role Mirza Ghalib played in his creative journey, when emphasized his love for literature festivals.

Moreover, he talked about his family that his daughter Hiba and sons Imaad and Vivaan are also part of the showbiz business. “Imaad was good at cricket but one day instead of bringing a bat in his hand, he brought a guitar. He writes songs with feelings and also acts. He is in a band with Saba Azad now, who sings. My younger son Vivaan also acts,” Naseeruddin Shah shared.

Talking about the struggles of his wife Albeit [Ratna], who is now busier than he is, he said, once considered herself a failure. “There was a time when I had all these producers coming to our house to sign me and she [Ratna] felt ignored,” he unveiled. “I would tell her that your time will come but she would reply ‘Easy for you to say, you have all these people who visit to sign you and I’m just making tea for them. None of them want to cast me.’ While that was no fault of mine, I also knew in my heart that like me, Ratna, and after her. my daughter Hiba, were not meant for commercial films. But while they might not be leading stars in a masala hit, because they are actors who can deliver, people will eventually recognize their worth.”

Furthermore, Shah said that he wanted to do as many serious films as possible, he also wanted to be cast in a leading role. “Any actor who says he doesn’t want to be a hero is lying. Every actor wants to be the hero. In fact, every human wants to be a hero. I was no exception. So, when I started getting offers, I took them without even preparing myself for them.”

Replying to the question, Naseeruddin Shah said, he felt more at home in Lucknow and adored its popular cuisines, the famous veteran responded, “I think Hyderabad’s cuisine is better than Lucknow’s. People forget Hyderabad when talking about Muslim culture in India. It is such a clean place with so much kindness. Lucknow has passion and Delhi has potential but Hyderabad has civilized people and good biryani.”