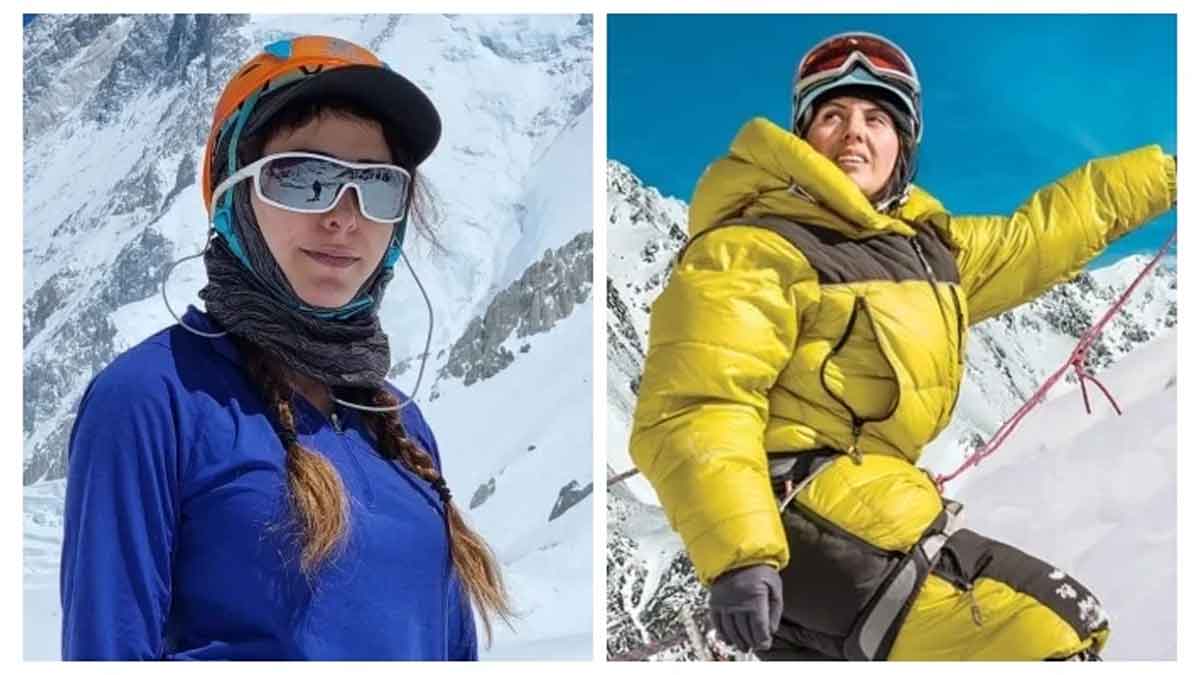 Two female Pakistani mountaineers Samina Baig and Naila Kiani have set their eyes on doing something which no other Pakistani woman has done before— topping the world’s second-highest mountain K2 at 8,611 meters.

K2 is said to be one of the most challenging peaks to scale and there are less than ten women who have successfully scaled this mountain.

Samina- back in 2013, became the first Pakistani female to climb Everest and has already reached the K2 basecamp from Skardu and will move to Camp 1 in a day or two.

Moreover, she made two attempts in 2015 and 2021 to scale K2 but accidents and weather conditions did not allow her to do so, and to abort her expedition then.

Naila, who currently lives in Dubai with family, has also reached Pakistan on Thursday night and will move to Skardu on Saturday before moving to the K2 base camp.

Samina Baig and Naila Kiani –two Pakistani women climbers have set their eyes this year on reaching the top of K2.

Kiani did her wedding shoot at the K2 base camp as her videos of the 2018 photo shoot went viral on social media.

However, she was more than just a bride on a base camp.

“I did the photo shoot there as I wanted to make my wedding memorable but I don’t consider that as an achievement. However, a lot of people messaged me after that to enquire about mountaineering and trekking to K2 basecamp, which was a good thing,” Naila Kiani told the media.

While, speaking about how her hiking career started, she shared, “On the same trip, I met several mountaineers and high altitude potters who motivated me to opt for mountaineering, so I gave it a try.”

“When I was learning about mountaineering, I got to know that there are not too many girls in this job and even if there were any – they were mostly from a family of mountaineers who live in GB. They had basic facilities and training as part of their upbringing, unlike us, who had to start from zero,” Naila elaborated.