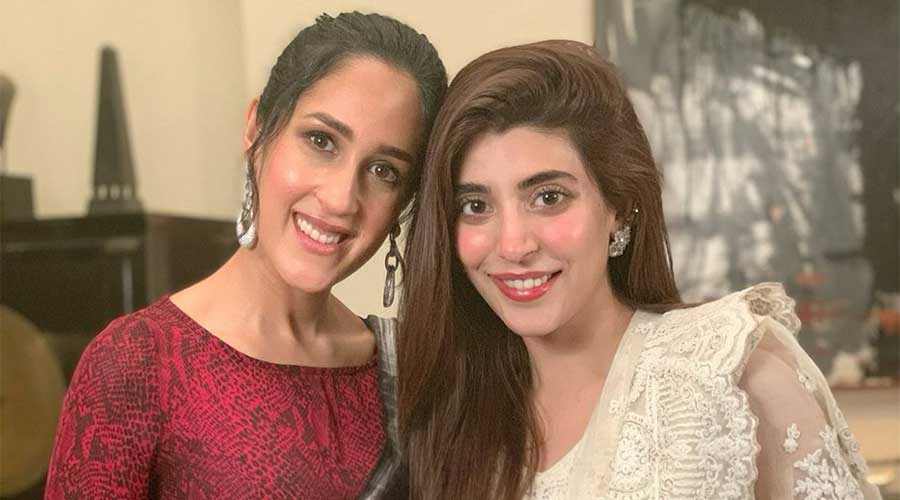 Urwa Hocane did a number of projects where she played the character of a simple village girl like Udaari. She is now again working on the small screen appearing as a simple typical girl in the ongoing project Mushk with co-star Imran Ashraf.

In a recent interaction with actor Mira Sethi, Urwa talked about her ‘comeback’, her debut production, and how she would not mind leading a ‘simple life.’ “I just didn’t feel I had gone anywhere,” she laughed. “I just wasn’t working in dramas.”

The starlet revealed that she failed a couple of auditions she had given for theatre. But that failure made her even more determined to learn more. “I learned everything thing on the job, it was the time spent with actors and the fraternity that taught me a lot. I even did a supporting character in a play before bagging my first role.”

She also talked about why she doesn’t align herself with the idea of an actor just starring in either films or drama serials. “I just feel that an actor shouldn’t just be limited to one medium. I would even do theatre if there’s a script that could inspire me,” Urwa Hocane said, adding, “I just follow my heart. And that isn’t just limited to my professional front. This is how I generally make decisions in life as well. If my heart isn’t in it, I would never do it.”

Mira then intervened to ask if that would come under privilege. “Artists do take up odd roles as well just to put food on their tables,” the host asked.

“I don’t think I could do ‘just any role.’ I have very few needs in life anyway. I am okay with having simple food, wearing basic clothes, living a simple life,” she responded.

“Everyone goes through financial crises at some point in their lives, but the kind of person I am, I would be okay with the bare minimum as well. I feel like I get by, but I would rather do something that is exciting. I don’t know about others, but I choose projects only when I feel like I will have fun working on them.”

For a while now, rumours about her divorce from Farhan Saeed have been taking rounds on social media. But the Rangreza star, just like the introvert she is known to be spoke about her nature instead of addressing the elephant in the room.

“I am a major introvert,” Urwa Hocane quipped. “But then came a point where I felt that being an introvert in this industry is being misconstrued. When you are quiet and someone who is always in his or her own shell, it is sometimes misunderstood. It’s not that I’m being rude or that I am not interested, I’m just an introvert.”