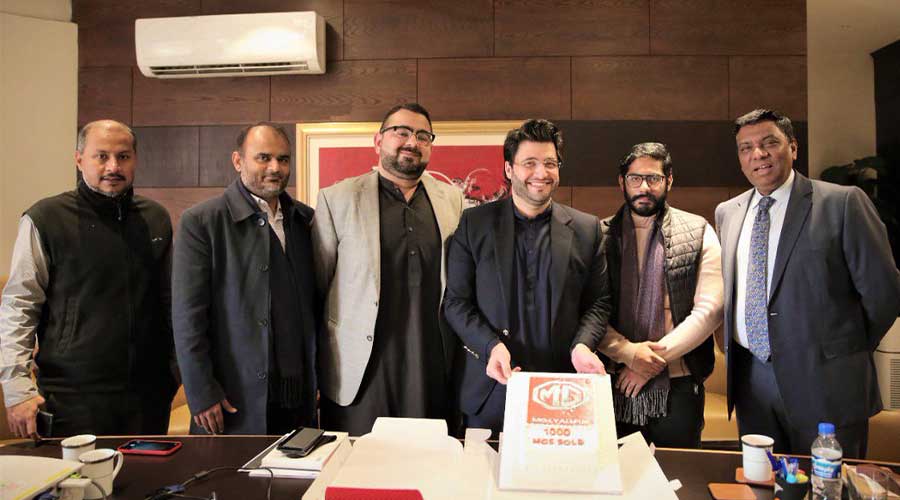 Morris Garages (MG) appears to have taken the SUV market by storm since its arrival in Pakistan as it has reportedly sold 1,000 cars in Faisalabad.

Just a few months ago, Javed Afridi, the Haier and Peshawar Zalmi owner reported that MG had earned 10,000 bookings for the HS SUV, but many experts did not believe the statement, quoting numerous explanations related to the automotive industry’s demand and supply dynamics.

However, a recent tweet of Javed Afridi indicates that his claim of 10,000 bookings may be true, as he took to Twitter to reveal that MG had sold 1,000 units of the HS in only Faisalabad after what appears to have been a celebratory meeting.

A few months ago, MG had its inauguration in Pakistan with its lineup featuring the HS Compact Crossover SUV and the ZS EV. A couple of weeks ago, MG Pakistan’s official launch ceremony took place with a number of prominent personalities attending, including Prime Minister Imran Khan.

The Minister of Industry and Development, Hammad Azhar, the Minister of State, Shehryar Afridi, and the owner, Javed Afridi, were also important figures who attended the launch.

The notable guests spoke words of reassurance about the entry of the automaker into the Pakistani market and shared their confidence in the company’s development and the automotive industry.

Even though the initial buzz about the arrival of automakers in Pakistan appears to have produced solid results, it remains to be seen if MG can sustain its development in Pakistan’s rapidly evolving automotive landscape.