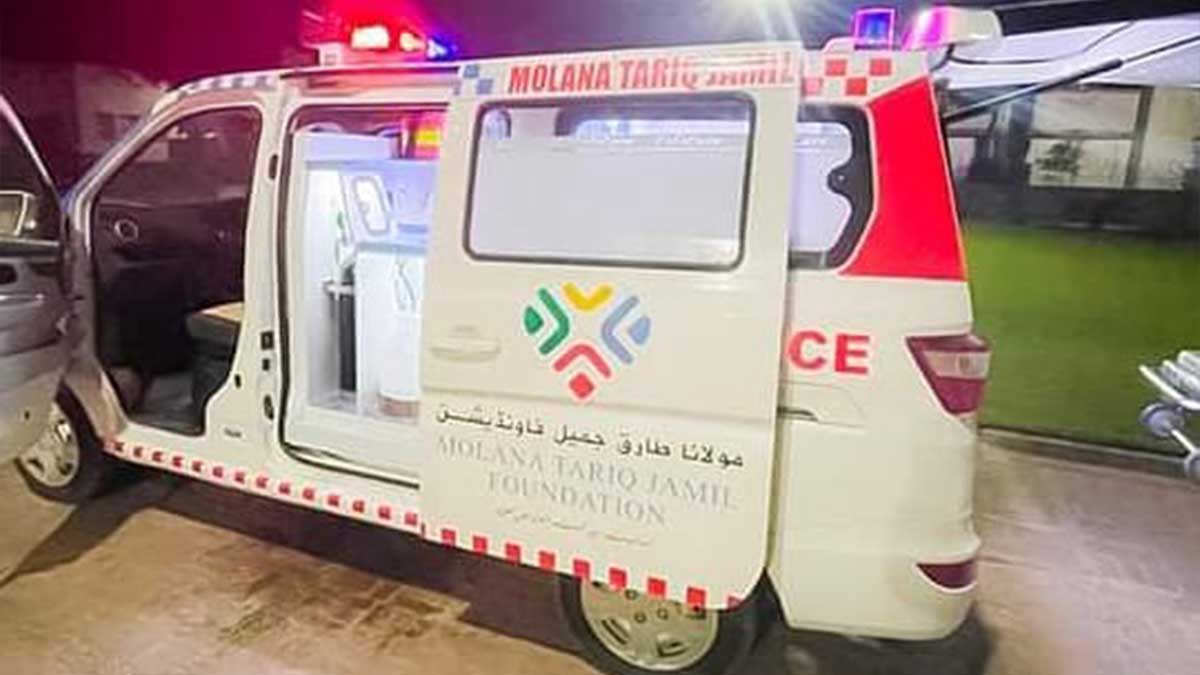 Molana Tariq Jamil has once again taken a new initiative by launching a humanitarian venture and started an ambulance service.

After the launch of clothing brand MTJ, he has now launched an ambulance service. The announcement in this regard was made by the Molana Tariq Jamil Foundation, a non-governmental organization on a social media platform, Instagram.

The foundation started the post with a thankful note for all the donors whose substantial contributions enabled it to launch the initiative.

The foundation posted, “Molana Tariq Jamil visiting the newly-bought ambulances by MTJ Foundation. We are thankful to all the contributors who enabled us to buy the ambulances to provide the service in times of need to the needy,” the caption of the Instagram post read.

Tariq Jamil also visited the foundation where he was photographed with an ambulance. People are admiring him and wishing him luck.

Moreover, Mr Tariq Jamil first inaugurated MTJ flagship store in Karachi last month that is located at Tariq Road. This newly launched brand sells eastern wear for both men and women, as well as footwear, headwear and fragrances. These products are priced between Rs 2,000 and Rs 5,000.

At the time, when it was first launched, there was a 20 percent discount on all products as the Molana Tariq Jamil Foundation describes itself as a non-political organization “serving people in health and education without segregation”.

Conversely, a debate vented among social media users after Maulana Tariq Jameel launched the MTJ fashion brand. In the answer to all controversies, Maulana explained that he did not create a business to only earn money rather the profits will be used on the MTJ Foundation, which they envision can establish a great hospital and school.