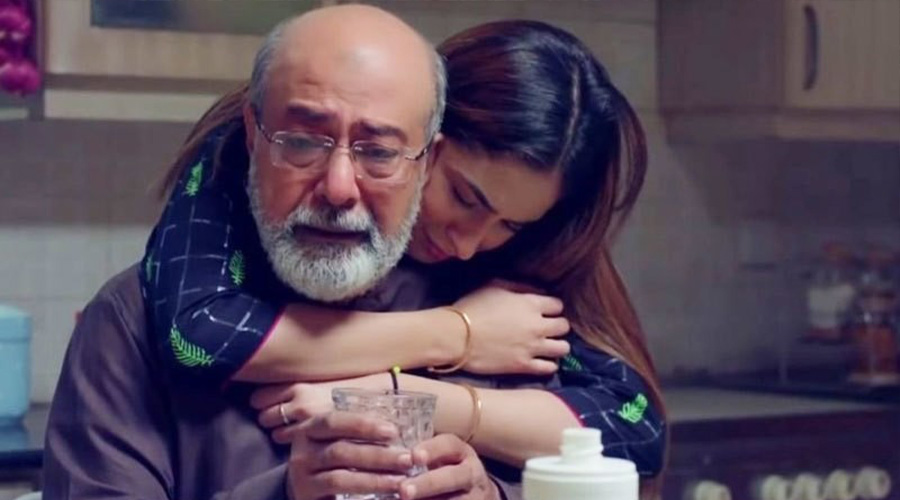 Actor Mohammad Ahmed who is well recognized across mainstream media channels in Pakistan recently opened up being typecast as a GIRL DAD in TV shows.

Pakistani screenwriter, lyricist, actor, and director spoke of his journey in the entertainment industry in an interview with BBC Urdu.

He joked that his character ends up facing demise in almost every single one of his projects. He started speaking as, “The father has to die in every serial. Whenever you want to portray the heroine as the utmost victim, the first thing you do is cut off her support; she is left alone in the world to face her circumstances.”

Speaking about Hum TV’s Sabaat, the actor said, “If I wasn’t a father to daughters, I wouldn’t have been able to portray these roles on screen. In my personal life, my wife and I decided we will give our daughters the best of education and the same has been reflected on television.”

While talking about Riswai, Mohammad Ahmed said, “I played a vegetable vendor in Dulhan and I did it because although he was also a loving father, his way of portraying it was different. His body language was different. Which means I can still explore [acting] despite the typecasting.”

Read more: Actors were disciplined and punctual in our time: Bushra Ansari

“I was in extreme depression for a while after my writing era ended. I kept writing, trying to write, justifying to people that I knew how to write. Then came the time when I had to abandon it completely.”

However, the actor revealed that he has written a movie called Madam Jee for Mehreen Jabbar, the fate of which is oscillating due to the coronavirus. “It is difficult to find financing for the kind of movies she makes,” he admitted.

In the end, he revealed his upcoming serial is “Aulaad”, the actor said that at least he won’t be dying in this one.