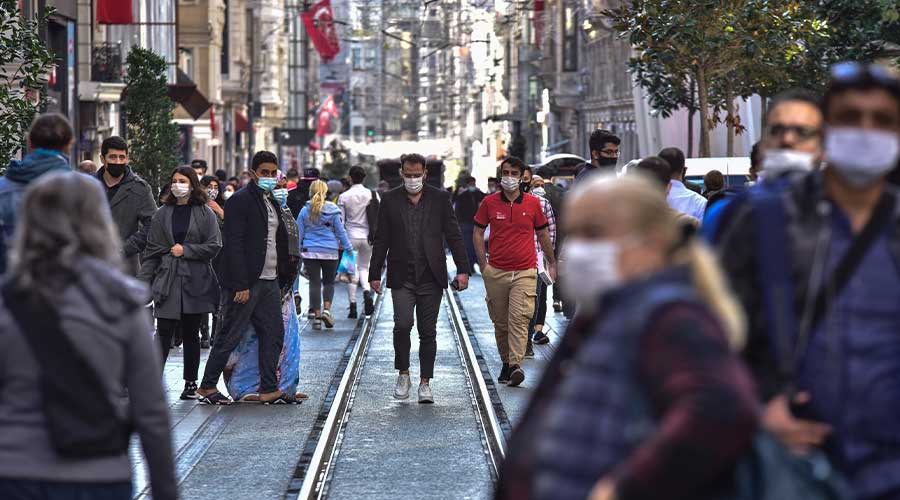 The US Centers for Disease Control and Prevention (CDC) has revealed its new study and according to it most coronavirus infections are spread by people who have no symptoms and masks are the only available protection against this.

According to the new CDC guidelines issued during the weekend, “Asymptomatic or pre-symptomatic infected wearers who feel well and may be unaware of their infectiousness to others are estimated to account for more than 50 percent of transmissions.”

Read more: World Health Organization estimates almost 10 percent of the world has been infected by the COVID-19

“Among people who do develop the symptomatic illness, transmission risk peaks in the days just before symptom onset (pre-symptomatic infection) and for a few days thereafter,” the US agency added. “The number of infections transmitted peaks when virus levels peak.”

The CDC report stressed that masks help reduce asymptomatic spread since they can protect both the mask-wearer and the people around them.

CDC explains that the face-covers reduce the emission of virus-laden droplets, which is called “source control”, and were especially useful for preventing infections from asymptomatic patients. Masks also help reduce inhalation of these droplets by the wearer, which is called “filtration for personal protection”.

The ongoing second wave of coronavirus has taken over most of the countries while some of the countries are called to have its 3rd wave, like in the US and India. So far, the World Health Organization (WHO) has recorded 60 million confirmed cases and 1.4 million deaths across the globe.