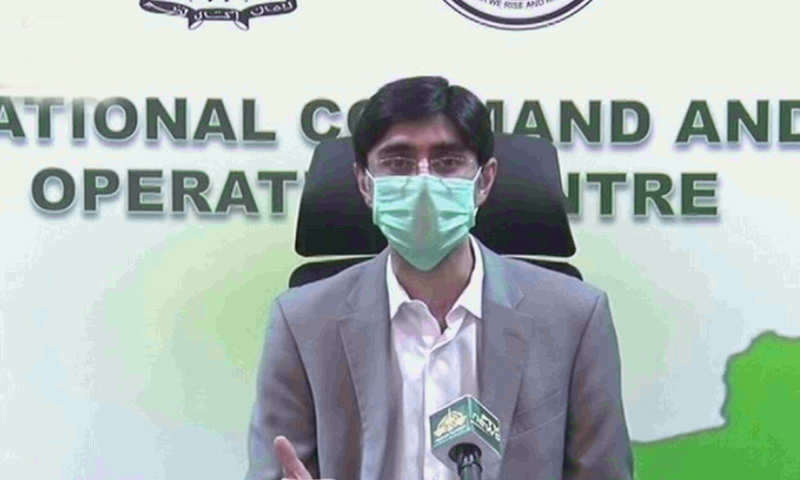 Prime Minister Imran Khan’s Special Assistant on National Security Moeed Yusuf claimed that in order to control the increase of the coronavirus Pakistan acted very sensibly in the situation. He overruled the statement which leaves the impression that Pakistan is the source of spreading coronavirus to other countries of the world.

Dr. Yusuf briefed the media at the National Command and Operation Centre (NCOC) in the capital of Pakistan and said that “Pakistan acted very maturely to restrict the transmittable virus”. He added that he was in shock when British media started a campaign against Pakistani travelers who are going back to the UK being the one spreading the COVID-19. But according to stats, there were only 30 British Pakistanis who developed COVID-19 symptoms and tested positive but British media inflating the numbers.

Moeed Yusuf also added the fact that Pakistan was the only country that initiated holding coronavirus tests and guaranteeing passengers completing their quarantine time and screening of outbound passengers; the policy which was also criticized by PPP in Sindh.

He also made called upon the commuters that if someone is having Covid-19 symptoms then there is no need to embark upon foreign travel, citizens should act sensibly.

PIA flights to Gulf countries will continue and so far from Pakistan has brought back citizens from 70 countries.

As the coronavirus cases continue to rise rapidly, Emirates Airlines announced that the service is temporarily banned for Pakistani passengers after a large number of travelers tested positive for COVID-19. They however later resumed the services to Pakistan’s three main cities after temporary suspension.