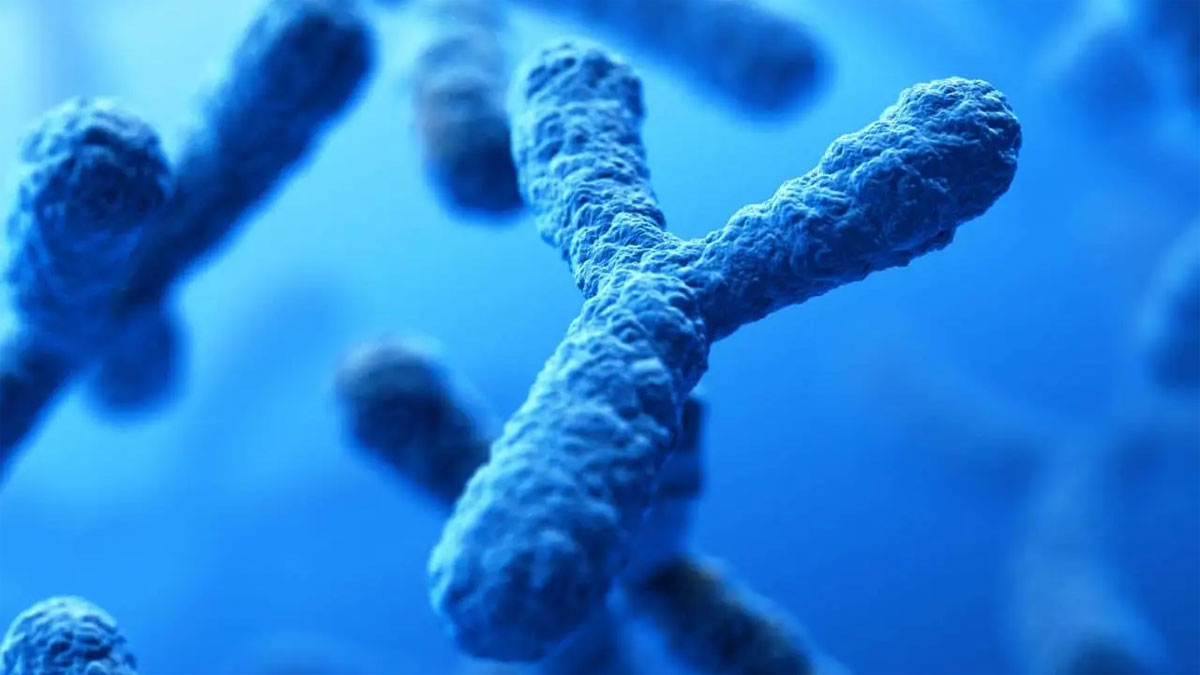 Researchers have discovered a potential explanation for why males typically die away earlier than women: People who at certain time lose their Y chromosome from their blood cells may be more prone to cardiac tissue damage and heart failure.

The study is the most recent to examine the process known as “mosaic loss of Y,” in which a fraction of a man’s blood cells lose their Y chromosome.

Although it is connected to ageing, researchers do not yet understand why it occurs: Around 40% of males in their 70s and more than 50% of people who live to be 90 years old have it detectable.

At one point, scientists believed that the little, stumpy chromosome known as Y was simply lost as people aged.

However, recent research has linked Y loss to a shorter life expectancy and a higher risk of diseases like Alzheimer’s, heart disease, and several cancers.

However, those investigations were unable to establish whether chromosomal loss is a direct cause of diseases or only a symptom of malfunctioning bodily functions.

According to study co-author Kenneth Walsh, “the question is, is loss of Y merely a marker of age, like greying hair.”

According to the results of his team, the answer is no: Loss of Y in blood cells makes cardiac tissue more prone to scarring and hastens death in lab mice.

Read more: Your blood group determines if you can catch severe COVID

According to Walsh, who oversees the Hematovascular Biology Center at the University of Virginia School of Medicine, it is proof that the chromosomal loss is an active participant rather than merely an observer.

Men have an X and a Y chromosome, while women have two X chromosomes. This is how most people are familiar with the Y chromosome.

The Y chromosome was once thought to be largely responsible for determining the traits associated with male sex. However, research in recent years has revealed that the Y chromosome really includes more genes than was previously believed, many of whose functions are still unclear.

In addition to that work, research has connected Y loss to an increased risk of certain diseases.

Walsh and his team studied lab mice and humans to determine the why.

They employed a sizable research database with roughly 500,000 British adults’ medical and genetic data for the former. Men who began the research with a considerable loss of Y—in more than 40% of their blood cells—performed worse over the following years, they discovered.

Compared to males who had not had Y loss, they had a 41% higher risk of dying from any cause over the following seven years. In particular, they had a two to three times higher risk of passing away from heart failure or a cardiac condition brought on by chronic high blood pressure.

Walsh’s team employed “gene-editing” technology to produce lab mice that were deficient in the chromosome in many of their blood cells in order to directly assess the effects of Y loss.

They discovered that Y loss accelerated age-related changes in heart shape and function in ageing male mice and increased the animals’ susceptibility to scarring in the heart, lungs, and kidneys. In one study, the chromosomal deletion exacerbated pre-existing cardiac failure.

According to Walsh, Y chromosome deletion appears to change how immune cells function in the heart, which causes tissue scarring.

The findings were published July 15 in the journal Science

It may increase interest in a phenomenon that has received relatively little attention, according to a researcher who was not engaged in the study.

She even suggested that men’s loss of Y chromosome could be used as a marker for their susceptibility to various ailments.

Walsh made a similar suggestion. He pointed out that it is already easy and affordable to test for the chromosomal deletion.

However, screening is only beneficial if the results can be used for something. In the future, screening could locate males who would benefit from additional examinations looking for evidence of fibrosis, or tissue scarring, according to Walsh.

He mentioned that there are currently certain anti-fibrotic medication to treat lung scarring. Whether guys with Y loss would respond particularly well to those medications is one concern.

There is a lot of variation, according to Walsh. At age 60, some men exhibit significant Y loss while others exhibit relatively minor Y loss.

Smoking has been identified in studies as an exposure that promotes higher Y loss, but nothing else is known. The genes you are born with “may be some of it,” Walsh said.

Women do not have a Y chromosome, but as they age, their blood cells may lose one of their X chromosomes. According to Walsh, it is less typical than Y loss in men and has not yet been definitively connected to any disease concerns.

According to Walsh, one reason why women typically outlast men is the loss of Y. Younger males dying from accidents and other causes can partially account for that discrepancy, but it’s not the whole picture, Walsh said.