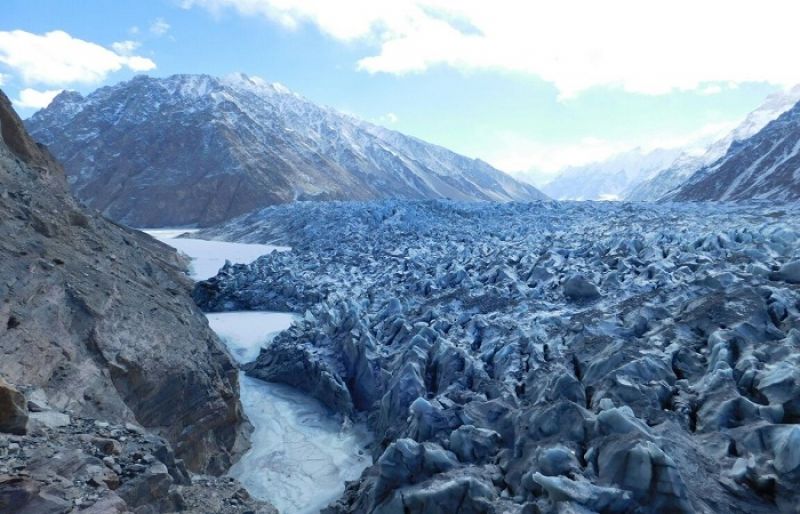 Last month, residents of the village Hassanabad put a complaint to the local administration regarding the floodwater quickly rising in the stream that runs near their homes. The water came from the towering Shisper glacier. One of the residents Ghulam Qadir, when asked of the running water from glacier said, “the water flow became so high that it eroded the land and reached 10 feet from my family’s home. We evacuated in an emergency”.

The flood carried huge boulders from the melting glacier and abolished the cherry, walnut and apricot trees when many families were dependent on them. Boulders left various houses cracked and 16 families in tents and hydropower systems badly damaged as well as the local irrigation system. All the retaining walls also broke that was built last year to protect the village. “Now there is a ravine right next to our houses and we live in dread of another flood.” One of the villagers told a foreign news agency by telephone.

Apart from the glacial lake outburst warning in Hunza valley, warnings were also issued in other 24 valleys in northern Pakistan, between the years of 2018 and 2022. The efforts have been made but are now stopped due to pandemic and partly UNDP-Pakistan will not confirm the letter of agreement that was signed with the minister of climate change.

The melting glaciers in Hunza have formed 3,000 lacks and the seven million local residents of the areas are worried about their lives. In 2018, the Government of Pakistan launched $37 million UNDP-supported projects called Green Climate Fund to protect some 30 million people from dangerous glacial lake outburst floods.

Pakistan has a total of more than 7,000 glaciers which is the highest in the world after polar regions.