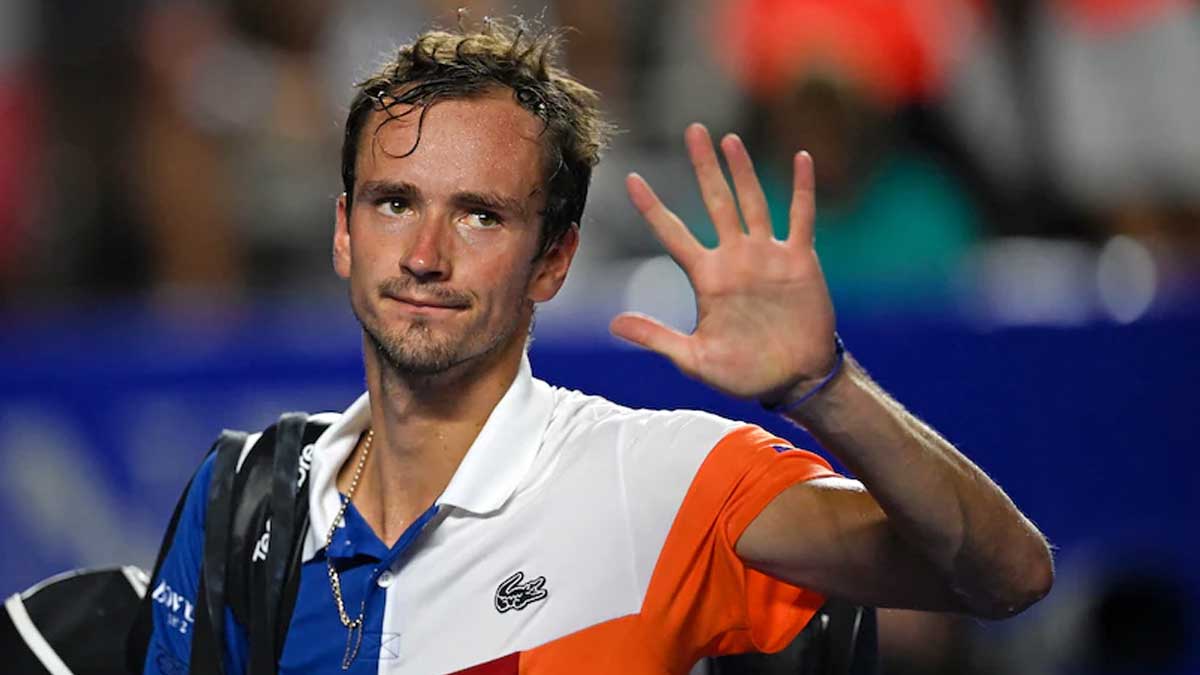 Daniil Medvedev stayed on top, but the country column next to his name contained a white rectangle, after the ATP responded to the invasion of Ukraine.

Daniil Medvedev dethroned Novak Djokovic as world number one, becoming the first man since 2004 to hold the position outside of the game’s “Big Four” of Djokovic, Rafael Nadal, Roger Federer, and Andy Murray.

Medvedev, the US Open champion, is the third Russian to reach the top of the ATP rankings, following Yevgeny Kafelnikov and Marat Safin, and the 27th overall.

After Djokovic’s quarter-final loss in Dubai, the 26-year-old Medvedev, who was beaten by Nadal in the Acapulco semi-finals last week, looked certain to move ahead of him.

Following his deportation from Australia in January, Djokovic, who has held the world number one position for a record 361 weeks, was competing in his first tournament of the season.

Despite being booted out of the Acapulco event after smashing his racket on the umpire’s chair numerous times during a doubles play, Alexander Zverev finished third.

Nadal moved up to fourth place after winning his third title of the season and 91st overall. Since losing to Lloyd Harris in Washington last August, the Spaniard has gone undefeated. After that, he was set to withdraw due to a left foot ailment.