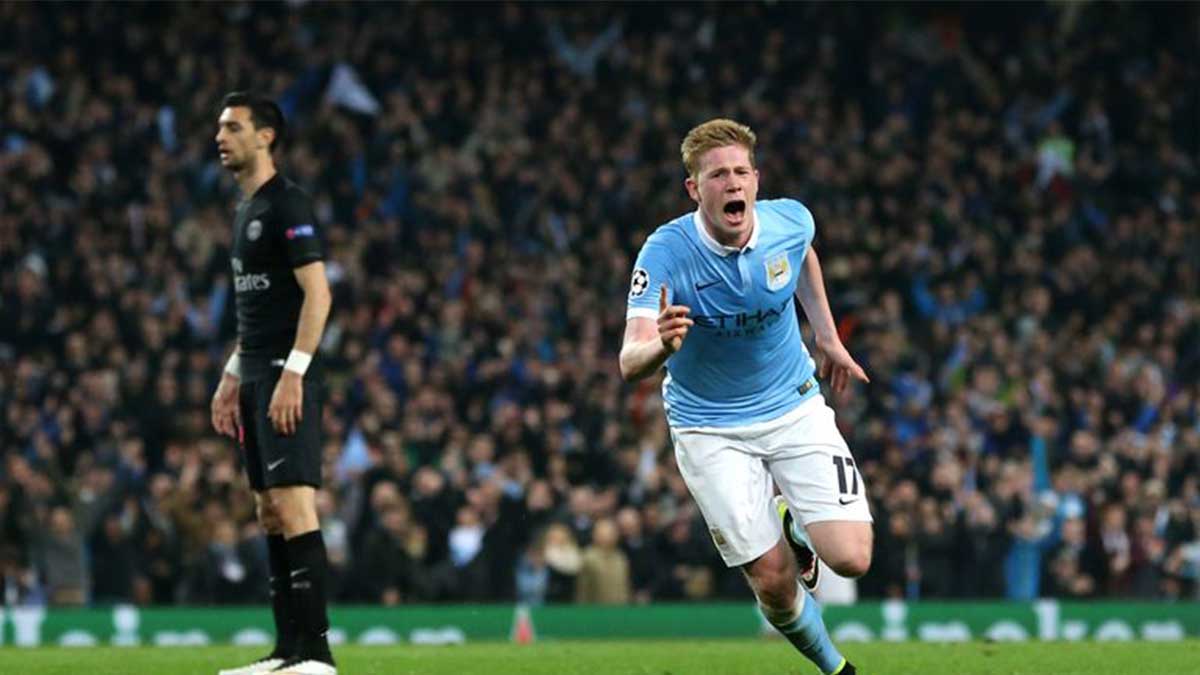 In a 2-1 semi-final first-leg victory in Paris, Mahrez scored the game-winning free-kick, and strikes in both halves in the return match added to the lead.

After a pre-match hail storm left a sodden, awkward pitch, those goals and a tenacious defensive effort were enough to send Pep Guardiola’s side to Europe’s showpiece match with a 4-1 aggregate victory.

PSG contributed to another tense match, but Kylian Mbappe was only fit enough to make the bench, and their disappointment resulted in Angel Di Maria receiving a red card for kicking out at Fernandinho.

After Deportivo v Porto in 2003-04 and Lyon v Bayern Munich in 2009-10, PSG is the third team to earn a red card in both legs of a Champions League semi-final game.

The inclement weather added to the mayhem in an eventful start that saw Oleksandr Zinchenko initially penalised for handball in the City centre, only for a VAR analysis to reveal the ball had bounced away off his back.

The enraged full-back was then inadvertently involved in the opener. He cut a cross back to Kevin De Bruyne, whose deflected shot skidded to Mahrez, who finished first-time from a close angle between Keylor Navas’ legs.

Marquinhos, who scored in the first leg, climbed highest to head against the City crossbar, until Angel Di Maria curled wide of an open goal with Ederson stranded shortly after.

The game remained tense, but there was a respite in the goalmouth action before a pair of Navas saves either side of halftime, followed by a clinical counter that ended the tie.

Foden offloaded the ball to De Bruyne, who returned the pass to Foden on the left flank, where he sent in a low centre that found Mahrez all alone to slam home.

The Ligue 1 side lost their composure, as they did in Paris, and Di Maria’s dismissal for a stamp on Fernandinho could not have been the only red card.

Foden drilled against the foot of the post as City attempted to punish the tourists even more, before late adjustments ensured there would be no unwelcome suspensions ahead of a trip to Istanbul.