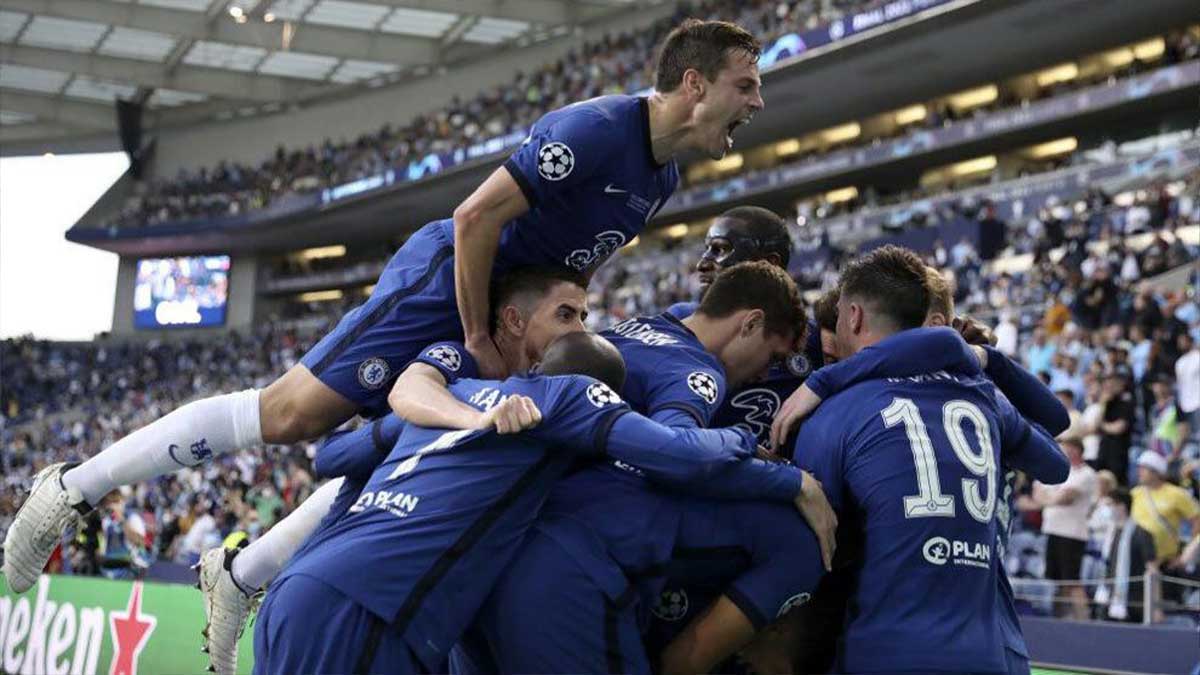 Chelsea crowned European Champions League winner in Porto after defeating league rivals Manchester City in a thrilling final after Kai Havertz scored the only goal of the match in first half.

Mason Mount’s wonderful pass picked out the run of Kai Havertz, who beat Ederson and neatly finished into an empty net for his first Champions League goal. Thomas Tuchel’s side, who lost experienced defender Thiago Silva to injury in the 39th minute, were sent on their way just before half-time.

Man City, who fielded a relatively strong attack, were far from their best, and their task was made harder when Kevin De Bruyne was pulled off in the 60th minute with a head injury.

The substitute Christian Pulisic missed a chance to seal victory, but an equaliser proved elusive as Chelsea, who defended magnificently, hung on for a third straight win over City to close their season on a high.

The win eased the disappointment of their FA Cup final defeat earlier this month and gives Tuchel his first piece of trophy since taking over from Frank Lampard in January.

Meanwhile, Man City and Pep Guardiola have failed to win the Champions League again again. Despite winning the Premier League and the Carabao Cup, they have yet to win Europe’s most prestigious club competition.