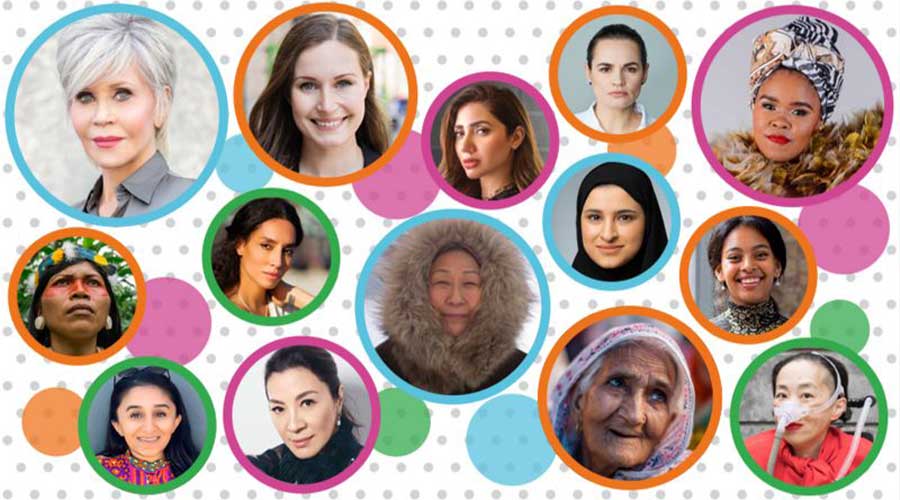 “In a year of incredible change, it only fits that we acknowledge the female leaders who have helped us weather the storm,” wrote BBC while releasing the list.

The list is divided into four categories, including knowledge, leadership, creativity, and identity, and highlights women who are “leading change and making a difference during these turbulent times.”

Special Assistant to Prime Minister on Poverty Alleviation and Social Protection Dr Sania Nishtar said she was “truly honoured” to be on BBC 100 Women 2020 list after she was featured in the knowledge category of the list.

“Truly honoured to be on the list of @BBC100women who have made a difference in 2020!” said Dr Nishtar in a tweet on Tuesday.

Mahira Khan is the second Pakistani to get space in the creativity category of the BBC 100 Women list. The celebrity has been shortlisted as she “speaks up about the causes and issues that matter to encourage change.”

The outlet while releasing the names stated, “Khan is no ordinary actor – she is outspoken against sexual violence, refuses to endorse skin-lightening creams, and supports the fight against racism,” claimed the outlet. It went on to relay the Bin Roye star’s determination to “tackle social issues in her native Pakistan by changing the narrative in films and on TV.”

Furthermore, BBC reinstated how Khan is a national Goodwill Ambassador for the United Nations High Commissioner for Refugees, who is “raising awareness about the plight of Afghan refugees in Pakistan.”

“She’s been a firm favourite with audiences ever since starting out as an MTV video jockey (VJ) in 2006. Khan is also a devoted mother to her 11-year-old son,” it concluded.