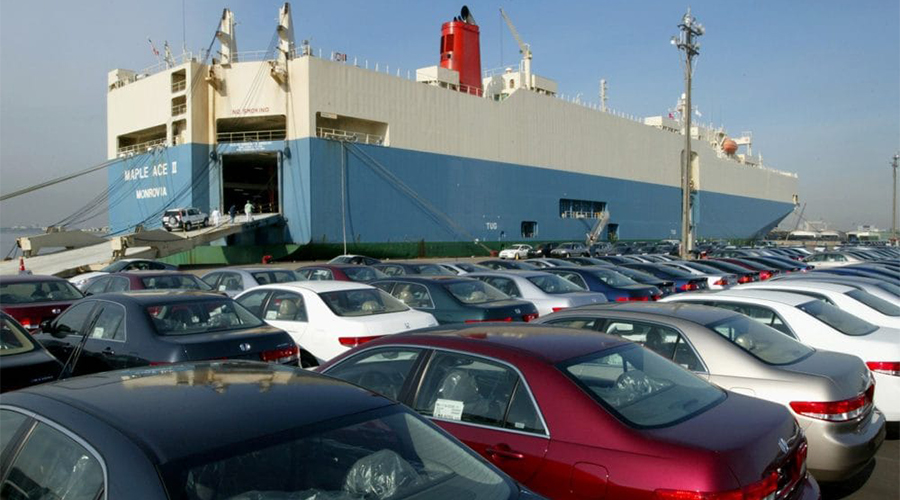 The Federal Tax Ombudsman (FTO) has ordered FBR to speed up the auction of around 500 uncleared stranded vehicles imported in violation of the Statutory Regulatory Orders (SROs) provided by the Ministry of Commerce at the Port of Karachi.

The automobiles in question have been imported under Personal Luggage, Transfer of Residence, or Gift Schemes. Under the Customs Act, if goods are not cleared from the port within twenty days of their arrival, they should be withdrawn from the port and sold at auction.

The Own Motion decision of the Federal Tax Ombudsman notes that failure to arrange a timely auction of un-cleared prima facie vehicles is a systemic problem of maladministration, and it seems that FBR failed to put in place a mechanism whereby vehicles cleared from the port are not included in the auction schedule in a timely manner.

Because of the rusting of bodies, running down of tires and batteries, pilferage of parts, etc., causing congestion at ports, delays in the auction will render most of these vehicles unusable.

After the beginning of the Own Motion inquiry, one hundred sixty-seven (167) vehicles were auctioned by the department concerned and the verification of the Proceed Realization Certificate was sought (PRC). About 500 cars are, however, still awaiting sale.

During the Own Motion inquiry, it was also found that a small number of so-called experienced bidders routinely bought a large number of stranded vehicles during the auction and then sold the same for a huge profit on the open market. It was observed that during the period July to November 2020, 62 bidders bought 167 vehicles auctioned, while 20 bidders bought 117 vehicles.

An analysis of the data illustrates the fact that some bidders often participated in the auctions, raising serious questions as to the transparency of the auction process.

A new “online bidding procedure” was recently established by FBR to buy goods digitally from the Customs Department. However, due to the E-Auction module being under development, it has not been introduced yet.

In this regard, the Federal Tax Ombudsman has recommended that FBR ensure that the proposed E-Auction module under the WeBOC program is checked to speed up the disposal of un-cleared consignments.

Furthermore, FBR was recommended to ensure enforcement of the notified vide SRO 1174(I)/2020 E-Auction Rules dated 26.10.2020. The FTO Office has recommended that FBR ensure that data relating to bidders who have regularly participated in auctions is available and shared with the relevant IRS field formations.

It is expected that the goods ready for auction will be disposed of without delay after the introduction of the E-Auction module, and the mafia of skilled bidders will be dealt with, resulting in an improvement in the realization of revenues.