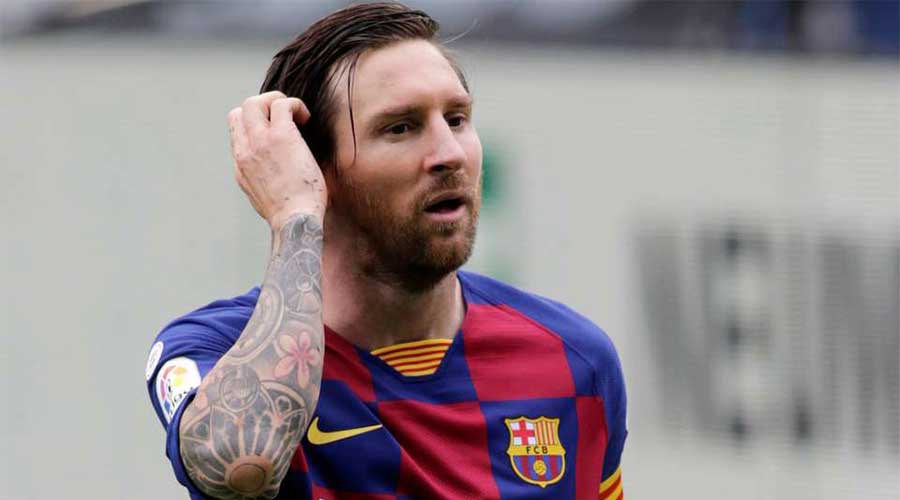 According to news circulating in the Spanish media, Argentina and Barcelona forward Lionel Messi wishes to leave the club after a meeting with new coach Ronald Koeman. Spanish four main sports newspapers made headlines on their front pages regarding Messi’s possible exit from Camp Nou.

Spanish biggest selling newspaper Marca claimed that club legend said to the new boss that he is more likely to leave rather stay. Another newspaper AS also stated that ‘Messi sees himself leaving’.

Mundo Deportivo a Barcelona based newspaper also reported that Messi does not see his future clearly as the player had a release clause of 700 million euros.

FC Barcelona top scorer Messi joined the Spanish giants at the age of 13 and until now played 730 matches and scored 634 goals. In his heroic Barcelona career, he won 33 trophies till now and only 37 games behind former Spanish and Barcelona player now Al Saad coach Xavi Hernandez as the club’s all-time appearance maker.

Messi decision to leave Barcelona triggered after the historic humiliation by Bayern Munich in the Champions League quarter-final by scoring 8 goals against Spanish giants.

Ronald Koeman the new Barcelona boss desired Messi to remain in the Barca camp, however, the Dutchman did not admire the player as much as some previous managers did.

While giving a statement regarding Messi, Koeman said that he did not know how to convince Messi to stay and called Messi the best player in the world.

Messi’s contract will expire next June and six-time Balloon D’or winner will be able to negotiate with other clubs from January.

Despite the free transfer Messi’s massive wage will be unbearable for most of the clubs but only for few as it is reported that Messi is among highest earners in the football world.

Ronald Koeman also played in Barcelona Shirt from 1989-95, left his Netherlands coach job and joined Catalan’s after sacking of Quique Satien following a heavy defeat by Bayern Munich 8-2 in the Champions League.