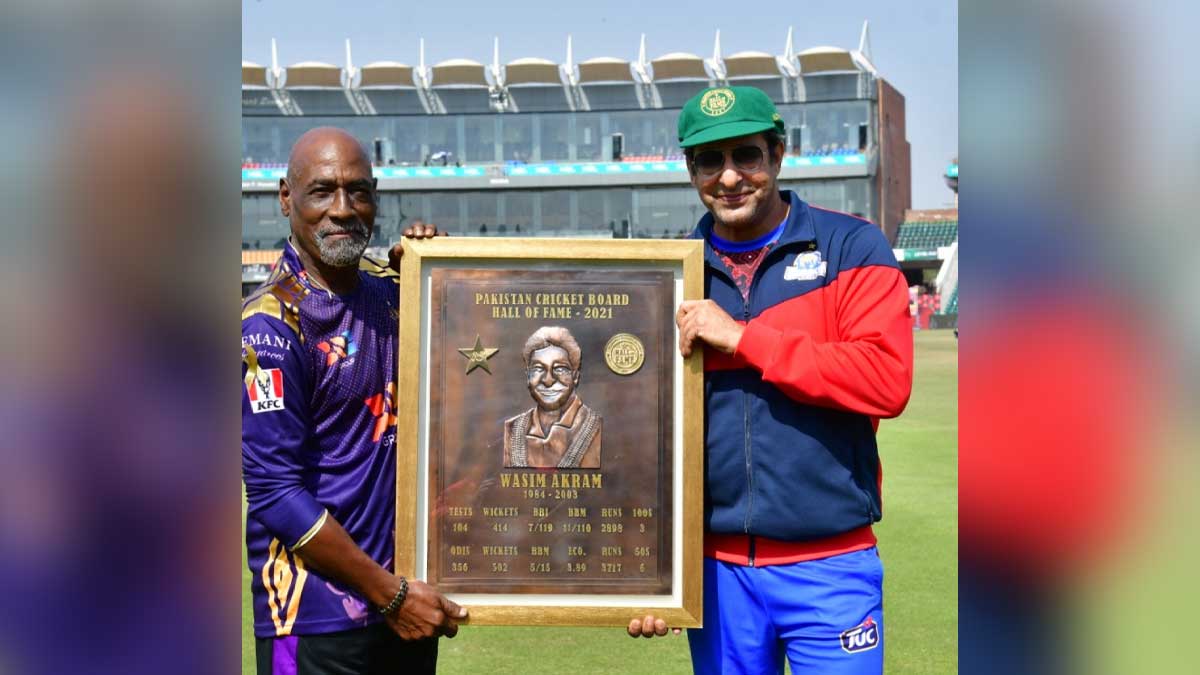 Wasim Akram, a former Pakistani cricketer and bowling legend, is formally inducted into the Pakistan Cricket Board (PCB) Hall of Fame on Sunday, the PCB stated.

Before the start of the 28th match in the ongoing Pakistan Super League (PSL), played between Karachi Kings and Quetta Gladiators, Sir Vivian Richards, one of the all-time greats and an ICC Cricket Hall of Famer, honored Akram with a commemorative cap and plaque.

Akram is among eight Pakistani cricket legends inducted into the PCB Hall of Fame. Abdul Qadir, Fazal Mahmood, Hanif Mohammad, Imran Khan, Javed Miandad, Waqar Younis, and Zaheer Abbas are the other members of the exclusive list, who will be formally inducted into the renowned organization in the following days.

According to the PCB, Akram stated on the moment that getting the honour from Sir Vivian and doing it on “home field” was a big honour for him.

“I am honoured to have earned this magnificent honour from Sir Vivian Richards, one of cricket’s protagonists, and at a place that served as my home ground throughout my playing career.” I’d also want to commend the PCB for establishing this program to appreciate and honour retired cricketers’ contributions,” Akram remarked.

He said it was an honour to represent Pakistan in international cricket for 18 years and that every wicket and run he scored was precious.

“I can’t express my gratitude to God Almighty enough for letting me to represent this beautiful country at the highest level,” the former cricketer continued.

Akram went on to remark that his “biggest strength” has been his fans, as well as his family and friends, who have always stood by him throughout this incredible journey.

“Their help has been priceless,” he remarked.