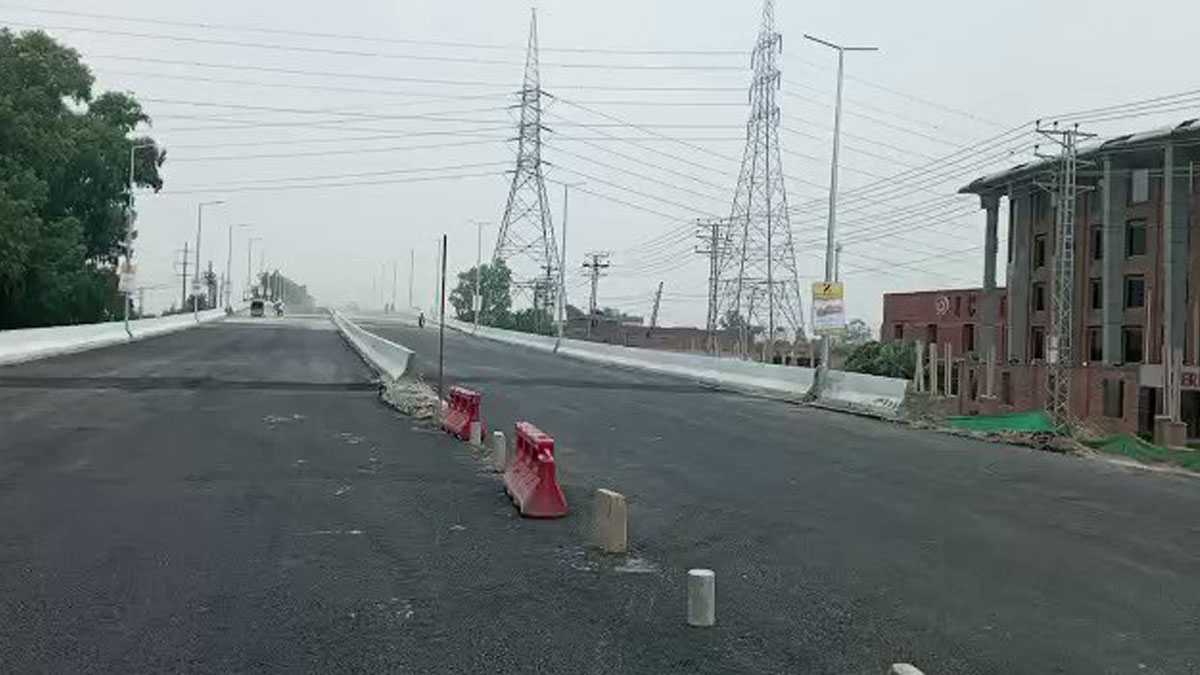 The newly-built Shahkam Chowk flyover has been started for traffic, facilitating the mobility of the public at Link Canal Road, Shahkam intersection, and New Defense Road.

According to the news reports, the flyover was operationalized after some essential works were accomplished on a fast track in order to allow motorists to use the facility during Eid, however, the finishing work would be finalized within the coming 30 days.

“The flyover has almost been completed. And now both sides of the flyover have been opened to traffic which will not only ease public mobility but also help us in eliminating environmental issues caused by the constant traffic jams, carbon emissions, etc,” LDA Chief Engineer (II) Mazhar Hussain Khan said.

“For completion of the finishing works, the flyover will not be closed as the remaining work would be done side by side with the continuation of traffic,” LDA Chief added.

Moreover, the work on the Rs 4.233 billion Shahkam Chowk flyover project had been launched in July last year. But, the land acquisition (64 Kanal) was postponed for some time because of procedural problems. The ownership of the land was given to the contractor in November last year.

For speedy completion of the project, the Lahore Electric Supply Company (Lesco) also observed a power shutdown after Eid ul Fitr to make the extra high voltage transmission lines (66kV, 132kV, and 220kV) dead, allowing the construction workers and engineers of the contractor to smoothly lay girders, deck slabs via cranes under the management of the project owner – Lahore Development Authority – without the fear of any incident.

“I can say that the substantial completion of the project has been done. The finishing works such as lane marking, beautification, etc., the at-grade (on-ground) works at New Defence Road, which links Kahna/Ferozepur Road with Multan Road at Mohlanwal and other right/left housing schemes, villages and small localities will take a few weeks more,” Mr. Mazhar explained.

“But we have opened the road leading to Mohlanwal. However, the New Defence Road (Hudiara drain side/Kahna) will also be opened soon after completion of some ongoing work if Lesco shifts as many as 50 poles to another place on time,” the chief added.