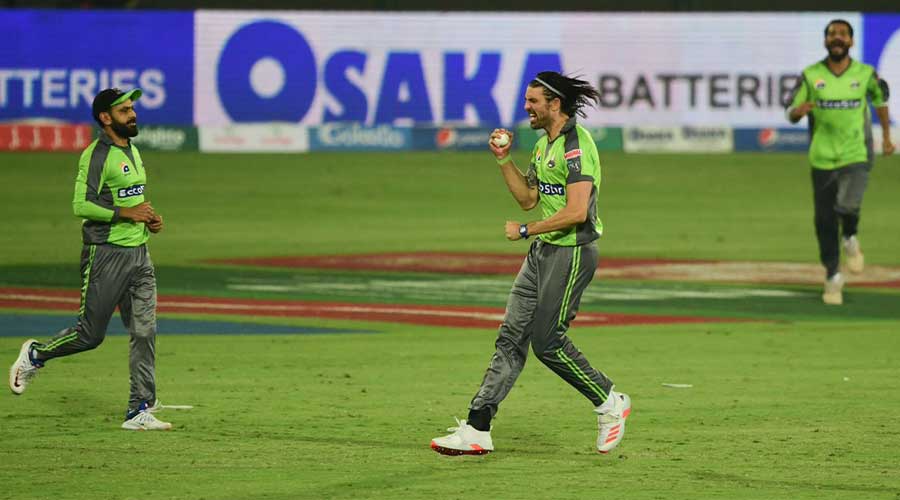 Lahore Qalandars have defeated Multan Sultans by 25 runs in the Eliminator 2 to reach PSL 2020 final where they will face off against Karachi Kings.

It was an all-round performance by Lahore Qalandars David Wiese, first with bat and then with the ball that led Lahore Qalandars to the PSL fifth edition final which is to be played on 17th of November.

It was David Wiese day as he scored quick 48 runs in just 21 balls and took 3 wickets after conceding 27 runs in four overs in the second Eliminator.

Lahore Qalandars batted sensibly in the second Eliminator. David Wiese smashed 48 runs in just 21 balls to help post a huge total of 182-6 on the scorecard. Fakhar Zaman also played a vital part as he scored 46 runs in 36 balls and Tamim Iqbal made 30 in 20 balls.

While chasing the target of 182, Multan Sultans started their innings very comfortably and posted 91 runs in 10 overs while losing 2 wickets.

Multan’s Lyth smashed 50 in 29 balls and build a strong foundation for next comers. Lyth was dismissed by Wiese in the 9th over.

After that Multan Sultans batsmen were unable to hold down to their crease, Zeeshan Ashraf made 12 runs while facing 9 balls and Khushdil scored 30 in 19 balls. Sultans managed to reach 157 before getting all out in 19.1 overs.

The man of the match for Eliminator 1 Muhammad Hafeez only scored 19 this time and was dismissed by former Pakistani cricketer Shahid Khan Afridi. Samit Patel also enjoyed his 26 runs with the help of four boundaries.

David Wiese received the man of the match award for his all-round performance in the match.