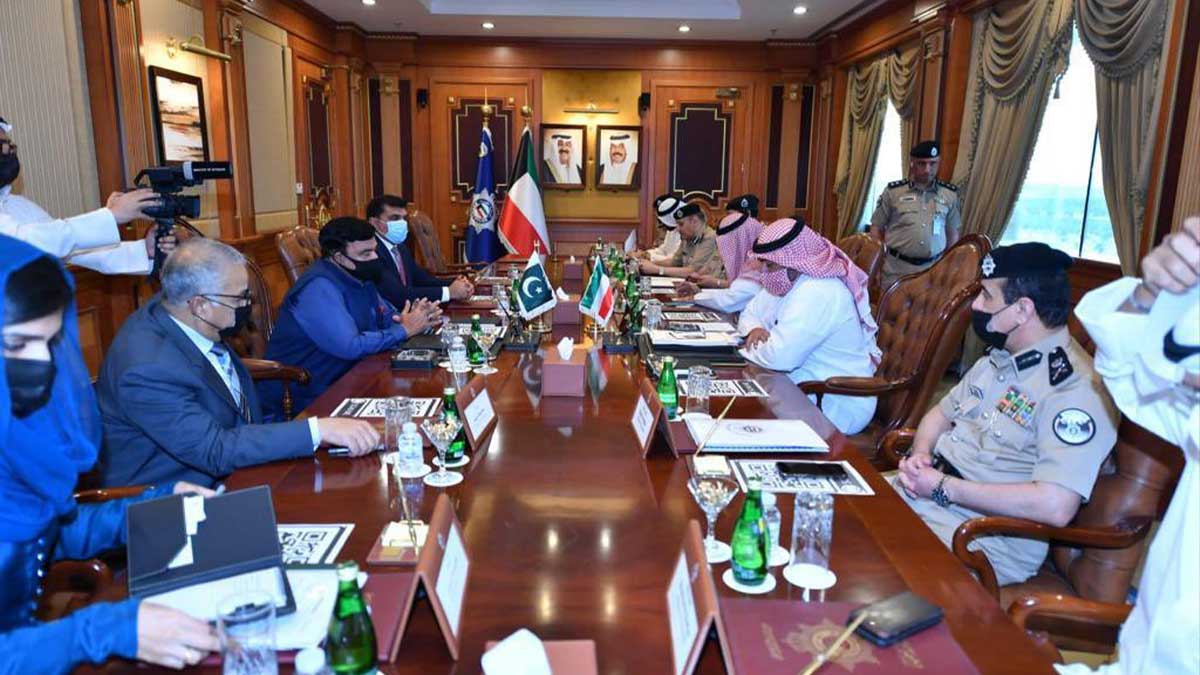 After a ten-years of suspension, Kuwait has reinstated visas for Pakistani families and companies, according to Pakistan’s Foreign Office.

In a statement, spokesperson Zahid Hafeez Chaudhri said that Pakistani businessmen living in other Gulf nations can now apply for online visas to enter Kuwait.

We are seeing extraordinary diplomatic efforts by this PTI Govt. Interior Minister Sheikh Rasheed is on an official visit to Kuwait currently.

Due to COVID-19-related travel restrictions, only Kuwaitis are currently permitted to enter the country. Meanwhile, only medical practitioners were allowed to enter.

According to the spokesperson, relevant Pakistani and Kuwaiti authorities are also collaborating to develop a mechanism for the export of manpower from Pakistan in various fields.

In this regard, we highly welcome Kuwaiti cooperation, he added.

According to Chaudhri, Pakistan and Kuwait maintain brotherly connections based on shared faith and values. He went on to say that the bilateral relationship is characterised by expanding cooperation in a variety of fields.

During a meeting between Prime Minister of Kuwait Sabah Al-Khalid Al-Sabah and Interior Minister Sheikh Rashid Ahmed, the decision to restore Kuwaiti visas for Pakistanis after a decade-long suspension was made.

Mr Rashid said the cordial gesture would help boost trade and tourism between the two countries. He said labour class in Pakistan was very hard working and would play an important role in development of Kuwait.

Sheikh Rashid Ahmad handed the Kuwaiti PM a letter from Pakistani Prime Minister Imran Khan and spoke with him about Kuwaiti visas for Pakistani expats.

Kuwait has opted to restore the immigration policies in place prior to the decade-long visa blockage, allowing immediate family and employment permits.