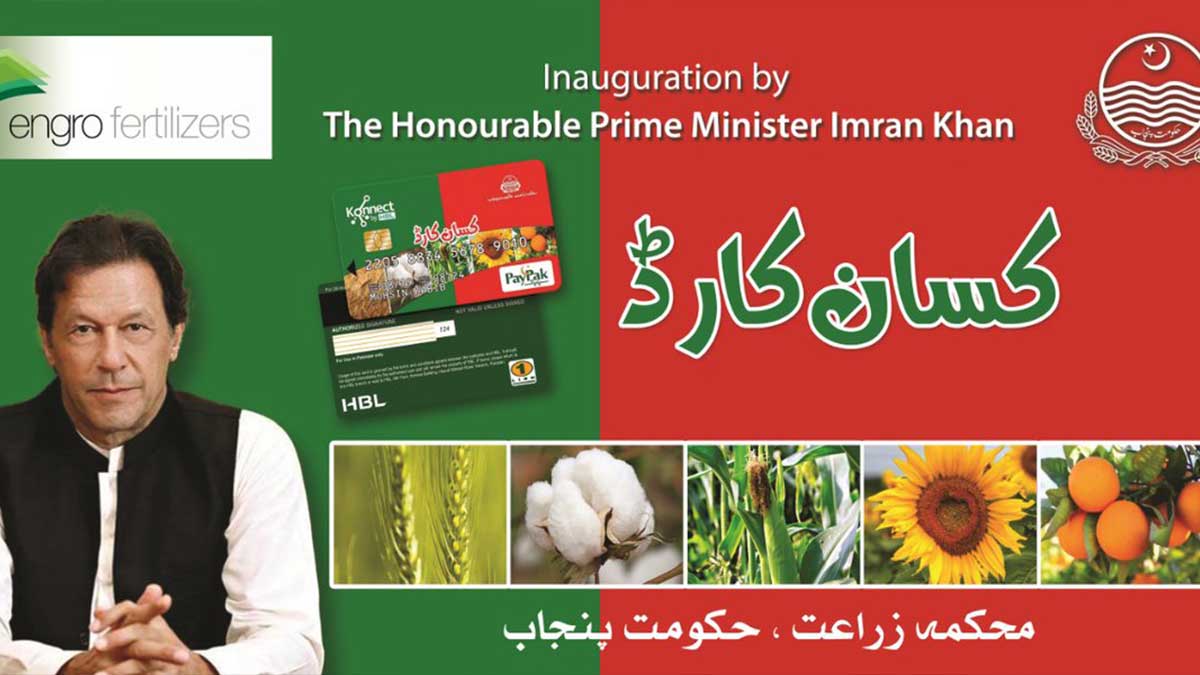 Prime Minister Imran Khan has said that the Kisan Card was a step in moving towards modern agriculture and would “transform and change” the country.

On Monday, PM while addressing the distribution ceremony of the Kisan Cards in Multan said the scheme will transform Pakistan. He added that time would prove that this was a step towards modern agriculture.

He hailed the Kisan Card as an “amazing concept” and said that the help that farmers would receive through it would “transform and change Pakistan because farmers are actually the backbone of Pakistan”.

Read more: Health cards to be distributed among 300,000 labourers in Islamabad

The prime minister was in Multan on a one-day visit to distribute the cards among the farmers and also “lay the foundation stone of the South Punjab Secretariat”, said the Prime Minister’s Office. “The prime minister will also launch public welfare and development projects in Multan.”

The premier further said that the subsidy on DAP (diammonium phosphate), which was previously Rs 500, would also be increased to Rs 1,000 under the Kisan Card. “Subsidies will also be available for seeds and pesticides.”

He also added that the Kisan Card would be used to provide support to farmers and provide them money in moments of “calamity” and crisis.

“The Kisan Card will provide protection to all of Pakistan’s four to five million farmers and going ahead, will create ease for them so we can provide things at lower prices to our people.”

He appreciated the efforts of Punjab Chief Minister Usman Buzdar, his team and administration, Habib Bank Ltd and the Punjab Information Technology Department for their work on the initiative. “This will transform and change the lives of farmers.”