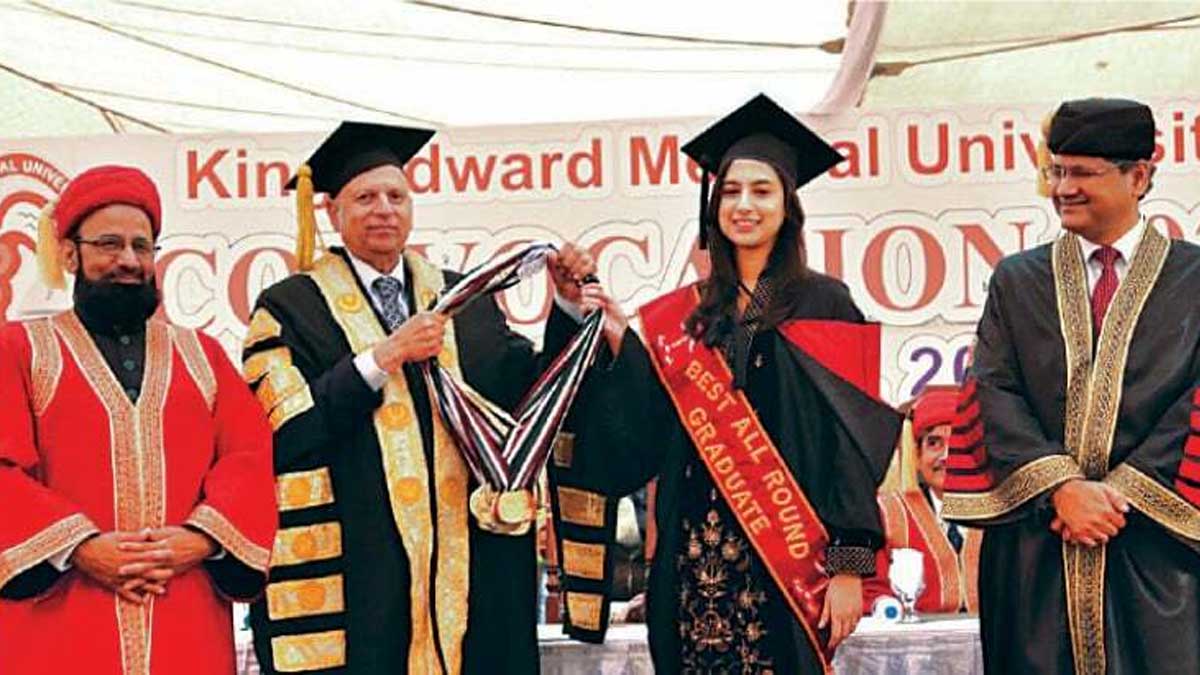 A student of King Edward Medical University (KEMU), Dr Noorus Saba Ahmed has been bestowed 23 gold medals for attaining the first position in different subjects at the 11th Convocation KEMU.

It is for the first time in the history of Pakistan, a student has bagged as many as 23 gold medals for exceptional academic performance. Besides, Noor was also acknowledged as the best all-rounder graduate at the convocation.

While speaking to the media, she articulated she wishes to contribute to the development of the country. “I credit my parents and teachers with this success,” she said.

Her gratified parents, whose pleasure knew no limits, stated never ever in their life had they felt so excited.

Read more: Nisha Rao is the first transgender student to get admission in MPhil

They anticipated that their daughter Noor would continue to shine in her studies in the future as well and make the country’s name brighter.

Besides, the silver medal holder Hamza Ashraf Zia also credited his parents with his success.

From 800 students among whom the Punjab governor gave medals and degrees, 654 students were MBBS holders while 100 were post-graduate.

The graduates were awarded 109 medals too.