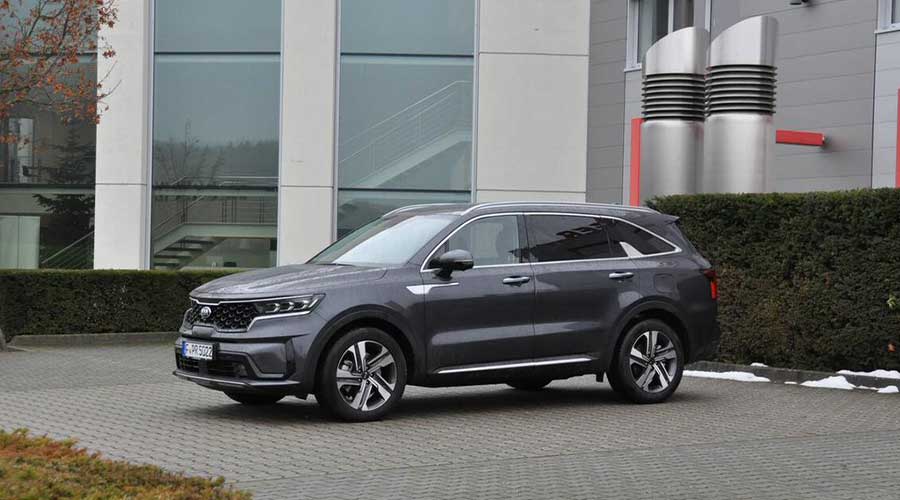 Kia to start the booking for the seven-seater SUV Sorento on Friday, 19th February in Pakistan. The 3rd generation vehicle will fall in the same category as Toyota Fortuner.

SUV Sorento will be the fourth version of Kia to be sold under the present Kia-Lucky set up in Pakistan. The company is already selling its compact SUV Sportage, hatchback Picanto, and minivan Carnival. The launch of the SUV was initially planned to take place by the end of December 2020.

It will have three variants—2.4L FWD, 2.4L AWD and 3.5L FWD. Research Analyst Abdul Ghani Mianoor of IM Securities said that the three variants will fall in the price range of between Rs 7 million to Rs 9 million, as per the market expectations. He added that it will directly compete with Toyota Fortuner, which comes in 2.7L and 2.8L engines in a price range of between Rs 7.7 million and 9.2 million.

However, another auto sector analyst Shakaib Khan thinks the opposite. “We don’t have a direct competitor of Sorento yet,” said Khan. “It is a seven-seater and it has three rows of seats. It is a medium-size crossover SUV. It is bigger than a Rush, Sportage, or Tucson but smaller than a Fortuner or a Prado.”

Shakaib Khan does not expect KIA Sorento can connect with the Toyota Fortuner market much as the latter is a proper SUV while the former is a crossover. He further says that Sorento will have a better ride within the city, whereas the Fortuner would be better for off-road experiences. It shows that Serento can put a dent in its urban demand but the demand of Fortuner in rural areas may remain unaffected.

Research Analyst Abdul Ghani Mianoor of IM Securities said that Kia has become the 4th largest car making company in Pakistan by sales. It has a plant capacity of 50,000 units per annum, and the company has currently been operating on a double-shift basis since January 2021.

Now is expected that in order to avail tax benefits from the policy, Kia may launch at least two other vehicles before June.