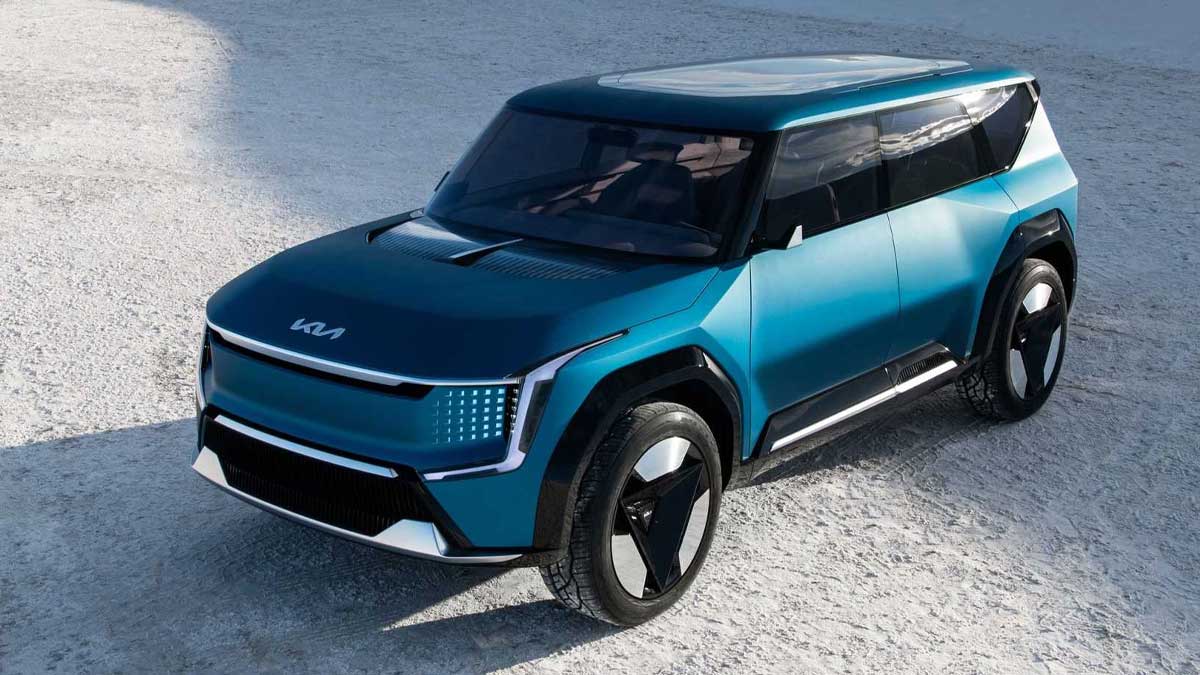 Details are still limited about Kia EV9, but what we can say for sure is that the flagship all-electric SUV will compete with Audi E-Tron, Tesla Model X.

Kia also announced that its EV9 SUV, which debuted as a concept at the LA Auto Show last November, will be the first car to feature ‘Automode,’ an autonomous driving system.

Kia’s ambition is based on its ‘Plan S’ development strategy, which began in 2021 and included new branding and a target of launching seven electric vehicles by 2027, but it is now seeking to launch 14 BEV (battery electric vehicle) models by 2030, with total EV sales of 1.2 million.

Kia also plans to sell four million vehicles per year by 2030, with electric vehicles accounting for somewhat more than a quarter of that total, compared to Mercedes-Benz, which will only sell BEVs by the same year.

By 2023, Kia’s flagship EV9 SUV will be available. It presented a prototype model last year with boxy Range Rover-like styling, a massive 27-inch display, and a Tesla-style yoke in place of the traditional steering wheel.

It will be about five metres long, able to accelerate to 100 km/h (62 mph) in only five seconds, cover 540 kilometres (340 miles) on a single charge, and have a further 100 kilometres of range after only six minutes of charging, according to the company.

For the first time, the EV9 will include over-the-air (OTA) and feature-on-demand (FoD) features, allowing owners to update their software without interruption.

Kia also revealed that the EV9 will be the first vehicle to include “Kia’s advanced AutoMode autonomous driving technology,” with AutoMode being “rapidly expanded” to the rest of the lineup after that.