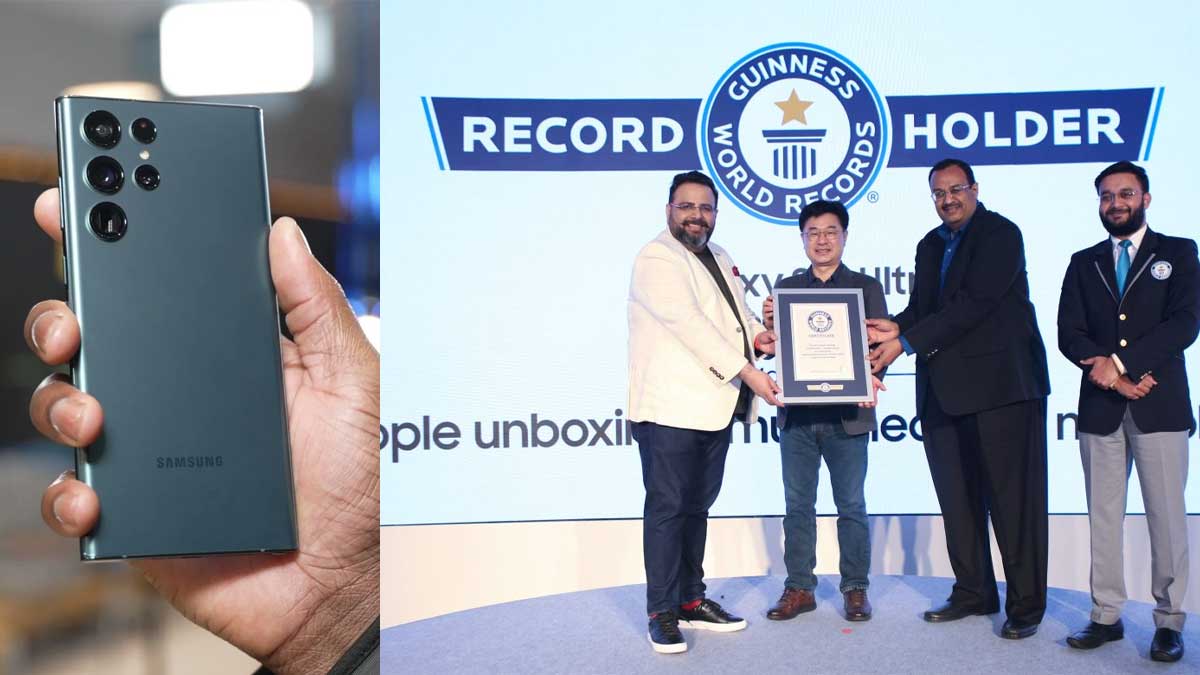 A total of 1000 consumers in 17 cities were given the opportunity to unbox the flagship Galaxy S22 Ultra on March 5 which is a new Guinness World Record.

Samsung has broken records with their Galaxy S22 series unboxing event. During the unboxing of the Galaxy S22 Ultra at the #EpicUnboxing event on March 5th, 1820 pre-booked participants tuned in to unbox the smartphone at the same time. A new Guinness World Record for simultaneous unboxing has been set.

With 100,000 pre-orders in under 72 hours, the Galaxy S22 series became Samsung’s most pre-ordered product.

Customers were also given limited-edition boxes as a thank you for attending the event. Not only did the boxes include a Galaxy Watch4, and Galaxy Buds2.

Read more: Samsung launched Galaxy S22 Ultra which is a Note by another name

A thank you letter was also included in the box for pre-order bookers. The Galaxy S22 series will not be available globally from 11th March.

Aditya Babbar, a senior director at Samsung said in a blog post, “It’s a momentous day for us, and I’m really delighted to be a part of the team that organized this record-breaking event.” I’m grateful to all of our customers and loyal fans who helped make this a truly historic day for Samsung. We’ve officially joined the Guinness World Records with #EpicUnboxing, and we’re thrilled to be able to share this incredible milestone with our followers.

“It is honor to report that Samsung has set a new record for the ‘Most individuals unpacking simultaneously from numerous venues’ with 1820 successful participants,” Swapnil Dangarikar, Official Adjudicator, GUINNESS WORLD RECORDS, said. This fantastic event was held in 19 locations, and the thrilled attendees received a phone and became part of a record. I applaud Samsung on becoming Officially Amazing, a never-before-attempted feat.