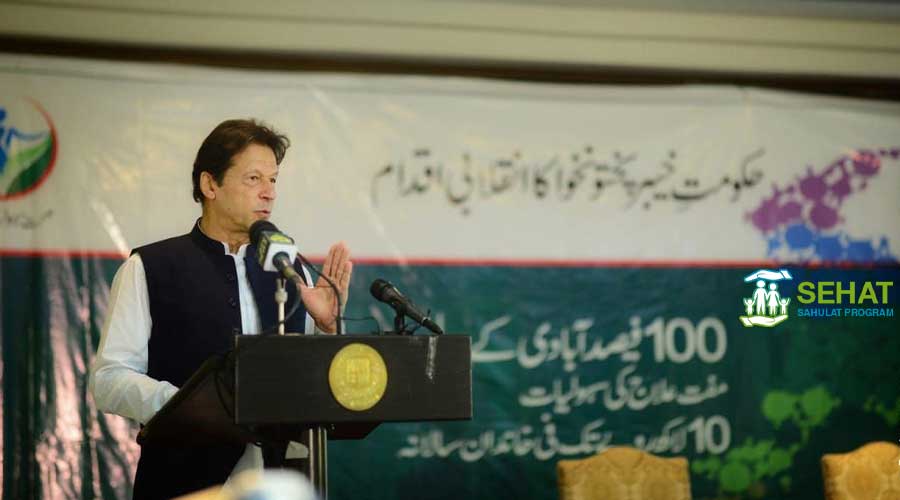 KPK has introduced the Sehat Sahulat Program which will help each Pakistani family medically regardless of its financial status. All families will be entitled to medical treatment of up to Rs 1 million a year at over 250 government and private hospitals across the country. This program is a marvel for all those people who were longing to have medical treatment.

However, the local government seems to be responsible for healthcare in Pakistan since the delegation of health to the province in 2011. The residents of Malakand division will start receiving the free medical services from October, followed by Hazara division in November, Mardan and Peshawar in December and Kohat, Bannu and Dera Ismail Khan in January in KPK province.

Prime Minister Imran Khan during the launching ceremony lauded the initiative and expressed hope that all rest of the provinces will follow in KPK’s footsteps. “Pressure will be now on other provinces to provide such facility to their citizens,” he said, as quoted in a Twitter post by the ruling Pakistan Tehreek-e-Insaf (PTI).

Moreover, the first phase of the SSP program was launched in 2015 but only 100,000 families could be covered and now it is being expected that 6 million families and about 30 million people will be covered by January according to the provincial government.

According to the data from Islamabad-based public policy think tank Tabadlab, Pakistan ranks 154th out of 194 countries in terms of the quality and accessibility of its healthcare. It makes Pakistan far behind from Bhutan that ranks 134th, India that is 145th, Sri Lanka with 71 and Bangladesh with 133rd number.