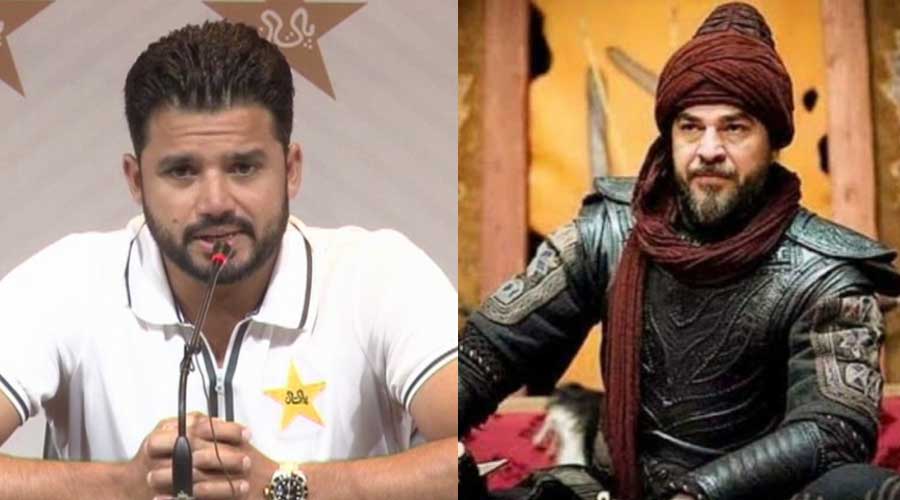 Azhar Ali Pakistan’s test format captain revealed that watching Ertugrul was a morale booster for the Pakistani team for a must win in the third test of the series against England.

The 35 years old player described the mental state of the team despite their disappointing result in the first match after a strong position of winning it.

The second test was a washout due to bad light and rain which was played at Ageas Bowl Southampton.

Ertugrul a series which is based on historical literature and adventure, revolves around the life of ‘Ertugrul’ the father of Osman I, who then became the founder of the Ottoman Empire.

The series was available to stream in England, and been very vital for a diversion for the squad as they remained in the biosecure site.

The synchronization in the dressing room made it easier to recover from the first test disappointment, said Azhar Ali. “I’m lucky to have such a nice bunch of guys who are putting everything in for Pakistan,” said Azhar.
“They have gelled really nicely, which makes the job very easy for me, so I focus on all the strategies”. “I’m enjoying it. Hopefully we can win this Test and move forward from there.”

While talking in pre-match press conference Azhar Ali said, “Yes I think there is no player who is not watching Ertugrul,”. “It’s tough to lift the side after losing a winning match but we have done well to lift ourselves and will do our best to level the series by winning this Test.”

While talking about his own form as he is unable to produce scores from his bat. In his first test, he was out for a duck and in 2nd inning out after making 18 runs.

“I was feeling really confident about myself in the two hours or so I spent at the crease in my previous innings and my balance was good as well,” he said. “It is my responsibility to make sure that I score runs.”

The captain also praised pace duo Naseem Shah and Shaheen Shah Afridi and urged the young pacers to be more resilient in the game.
“They are exciting characters but you can’t buy experience without playing. We have to back them,” he said.

“We are lucky enough to have these exciting fast bowlers, although they are young. They are bowling really well, putting the opposition under pressure and we are backing them because you can’t just sit outside and gain experience, you have to play.”