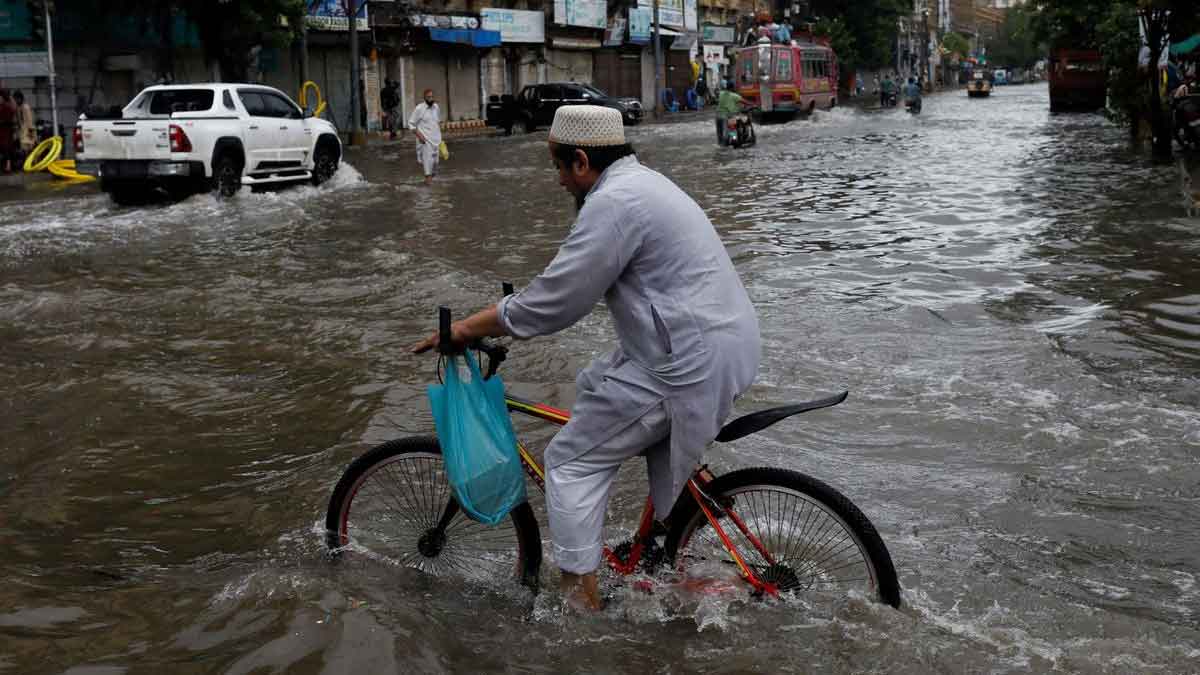 Sindh Government and the Karachi Metropolitan Corporation (KMC) have reserved Rs 3.5 billion for the reconstruction of the Karachi’s roads, Barrister Murtaza Wahab made the announcement.

The city administrator held a meeting to review the post-rain situation in Karachi. Municipal Commissioner Syed Afzal Zaidi and other concerned officers also attended the meeting.

Wahab noted that Karachi has received over 600mm of rain. “Due to the effects of climate change, there has been more than usual rainfall across the world, for which no country, including Pakistan, is prepared. Karachi’s roads will be reconstructed at a cost of Rs 3.5 billion.”

He told the meeting that relief work has been divided into two groups in Karachi: initially, Annual Development Programme (ADP) projects associated to roads and water & sewerage will be accomplished on an immediate basis; afterward, potholes in the city’s roads will be filled.

Read more: 22 new roads to be built in Central, West districts of Karachi

The city administrator added that Rs 2.5 billion will be spent by the provincial government for the rehabilitation of roads, whereas the KMC will provide Rs 500 million on rehabilitation works, thus providing quick relief to Karachi’s people.

Wahab continued that under the ADP, 157 new development projects will be completed in the city, whereas the projects managed by the Competitive & Livable City of Karachi project are in addition to that.

“For the past several years, water drainage has stopped due to encroachments on storm water drains,” he remarked, adding, a mechanism needs to be developed to clear the city of rainwater on a permanent basis.

Moreover, he said that rainwater in the past got stuck at Nagan Chowrangi, Natha Khan, Nursery, KDA Chowrangi, Gulistan-e-Zafar Society, and Kharadar, however, the situation has improved this year after the installation of new drainage systems by the provincial government in all these areas. “Complete drainage is only possible with engineering solutions.”

Wahab opined that it is necessary to find a permanent solution for water drainage in the city’s low-lying areas so that the difficulties of the residents can be addressed. He urged that every institution should work as a team with one another for the improvement and development of Karachi.