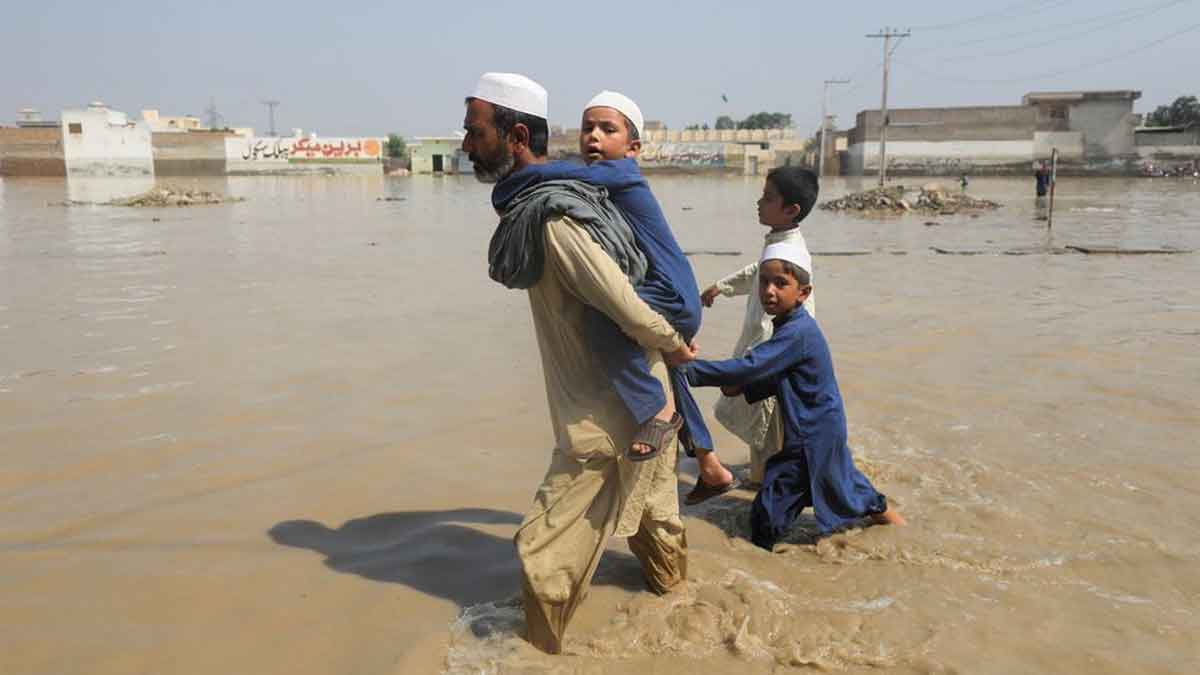 To assist Pakistan in recovering from the disastrous floods that have killed more than 1,100 individuals and displaced 33 million people, the United Nations (UN) has launched a quick appeal for $160 million.

In a video message for the launch of the appeal in Islamabad and Geneva, UN Secretary-General Antonio Guterres stated that “Pakistan is awash in suffering.”

The unrelenting impact of epochal levels of rain and flooding, he continued, is causing the Pakistani people to experience a monsoon on steroids.

The extent of needs, with millions of people displaced from their homes, wrecked schools and healthcare institutions, and livelihoods ruined by the climate calamity. Antonio Guterres demanded the world’s collective and prioritized attention.

The $160 million that Guterres intended to raise through the appeal would give 5.2 million people access to food, water, sanitation, emergency education, and health care.

He urged the international community to respond quickly to Pakistan’s call for assistance. He urged everyone to work together and aid the Pakistani people in their hour of need.

The government has stated that preliminary estimates place the cost of the flood damage at over $10 billion and that the international community has a duty to assist South Asia in coping with the repercussions of climate change impacts.

Flash floods that came crashing down from northern mountains as a result of torrential rain destroyed bridges, highways, and agricultural land.

Flooding is occurring along the Indus River and massive amounts of water are being poured into it from the country’s northern peaks to its southern plains.

The provision of all humanitarian relief services to the displaced was also requested by President His Highness Sheikh Mohamed in order to help them better meet their current challenges, the statement continued.

About 3,000 tonnes of food, tonnes of medical and pharmaceutical supplies, tents, and other shelter goods are all part of the UAE’s relief effort.

One thousand tents, two thousand carpets, and four thousand blankets are among the emergency, biological, and humanitarian accommodation supplies that Iran will be sending to Pakistan via the southeast Chabahar border.

If authorized by the Pakistani government, the IRCS aid and medical team will also be sent to the flooded districts, according to Mehr on Tuesday.

Raisi claimed that he has tasked the Iranian government with providing immediate access to vital aid.

Moreover, Turkish Red Crescent is already occupied in the Southern parts of Balochistan, which is the hardest hit area. The Turkish team is offering clean drinking water along with food for the thousands of displaced people.

According to Cemal Sangu, Turkey will continue to help Pakistan by offering relief efforts and aid for flood victims’ rehabilitation.

In an effort to ‘scale up’ the humanitarian response to the flooding in Pakistan, Canada has committed $5 million in aid.

The Canadian government stated in a statement that the nation would offer food and monetary relief to those who had been most badly impacted, and that the money would support the work of dependable and knowledgeable partners on the ground.

China has announced providing Pakistan, which has been ravaged by flash floods, with 100 million Yuan in financial aid.

Nong Rong, the Chinese ambassador to Pakistan, informed President Arif Alvi and Prime Minister Shehbaz Sharif of the financial aid in a message.

President Xi Jinping of China and Premier Li Keqiang of China both expressed their sorrow and solidarity with the Pakistani government and people over the deaths and damage to property resulting from the country’s floods in the statement.

China pledged a 100 million Yuan aid donation in addition to the delivery of 25,000 tents and other aid supplies. 300 tents from the first shipment of humanitarian aid are expected to arrive in Karachi today. These items would be delivered to Pakistani authorities by the Chinese embassy.