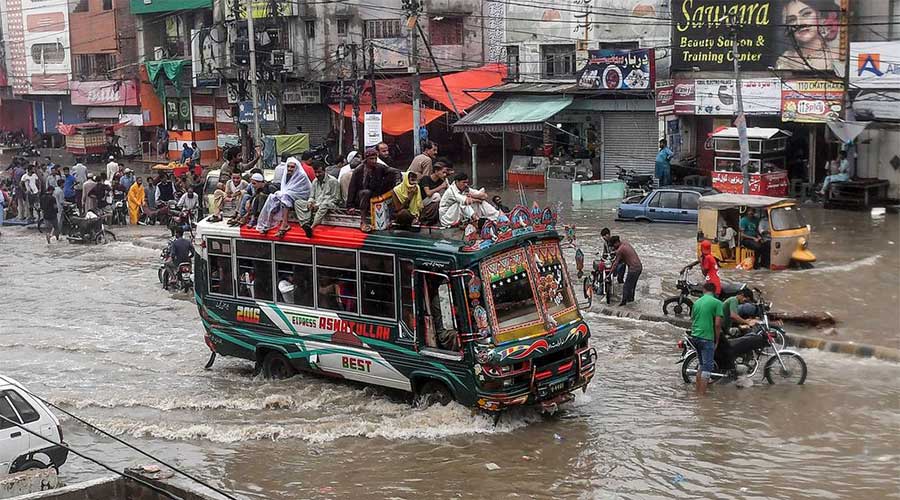 Traders association says that the rain disaster in Karachi has caused heavy losses and the estimated initial loss from the monsoon rains to be around Rs 50 billion.

They also said that they suffered a heavy loss in the month of August due to the poor drainage system of Karachi that caused floods everywhere leading to unprecedented losses.

Heavy rains in the city last week wreaked havoc as the city’s weak infrastructure could not sustain the days of downpour, leading to urban flooding, which affected almost all business activities in the city. The loss assessment exercise has been initiated by the provincial government as they are surveying markets with traders urging authorities to appoint a relief commissioner and compensate the businessmen.

All Karachi Tajir Ittehad Chairman Atiq Mir said around Rs 25 billion worth of sales revenue was lost as markets remained closed for seven days, “while initial estimates suggest goods worth Rs 25 billion were destroyed due to submerging of markets and warehouses”.

Atiq Mir further said, “Markets remained closed since Tuesday last week, and even on Monday, 50% of markets couldn’t open. Traders and markets register around Rs4 billions of sales a day, which was not materialized.” Added, the oldest area of the Karachi is highly rain affected which endured the biggest loss and that the area accommodated big traders warehouses, wholesalers, and retailers.

All Pakistan Organisation of Small Traders and Cottage Industries President Mehmood Hamid said many markets of the city are still flooded since the flood water had not been drained out. It is now becoming difficult to reach markets to assess the current condition.

Adding, “There is no final number as yet, but we believe the inventory losses would run into billions of rupees. Goods, machinery, and equipment have been destroyed in almost all the markets of the city.”