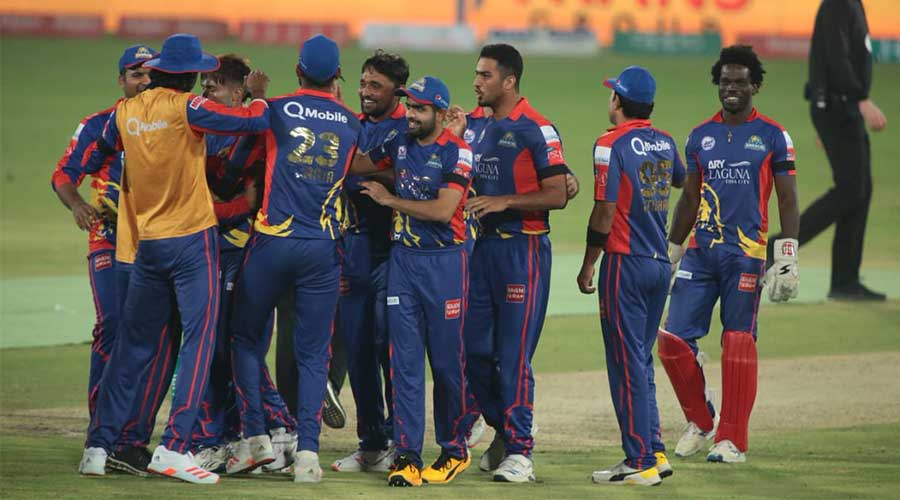 Karachi Kings have finally qualified for their first-ever Pakistan Super League final after beating Multan Sultans in a thrilling match at the National Stadium Karachi that needed a super over to decide the winner.

Karachi Kings after winning the toss decided to bowl first and dominated the game from start and restricted Multan to a low total of 141-7. They were in control of the match during the chase when unexpectedly suffered an inexplicable collapse in the 17th over after Babar Azam got out. He scored a decent innings of 65 runs in 53 balls.

Karachi Kings were 117-3 and they dropped to 135-7. Thanks to captain Imad Waseem who read the situation well and played sensible innings and scored 27 runs in 16 balls. Karachi Kings captain hit a four at the last ball to force a super over.

In the decider super over for the final, Karachi Kings set a target of 14 runs which was defended successfully by their ace Muhammad Amir, thanks to some sharp death bowling.

Babar Azam was announced to be the man of the match as he scored the decisive 65 runs in 53 balls.

With 6⃣5️⃣ Runs off 53 Balls ? #King #BabarAzam received 'Man Of The Match' title in the #QualifierMatch of #HBLPSLV against #Sultans ??

Karachi Kings will play the winner of eliminator 2 tomorrow in the final. Meanwhile, the Sultans will get another chance to make it into the final tomorrow.

In today’s second match of the first eliminator of PSL 2020, Peshawar Zalmi is facing Lahore Qalandars. The winner will face the Multan Sultans in the next eliminator on Sunday to decide the second finalist.

The final is scheduled for Tuesday, also in Karachi.