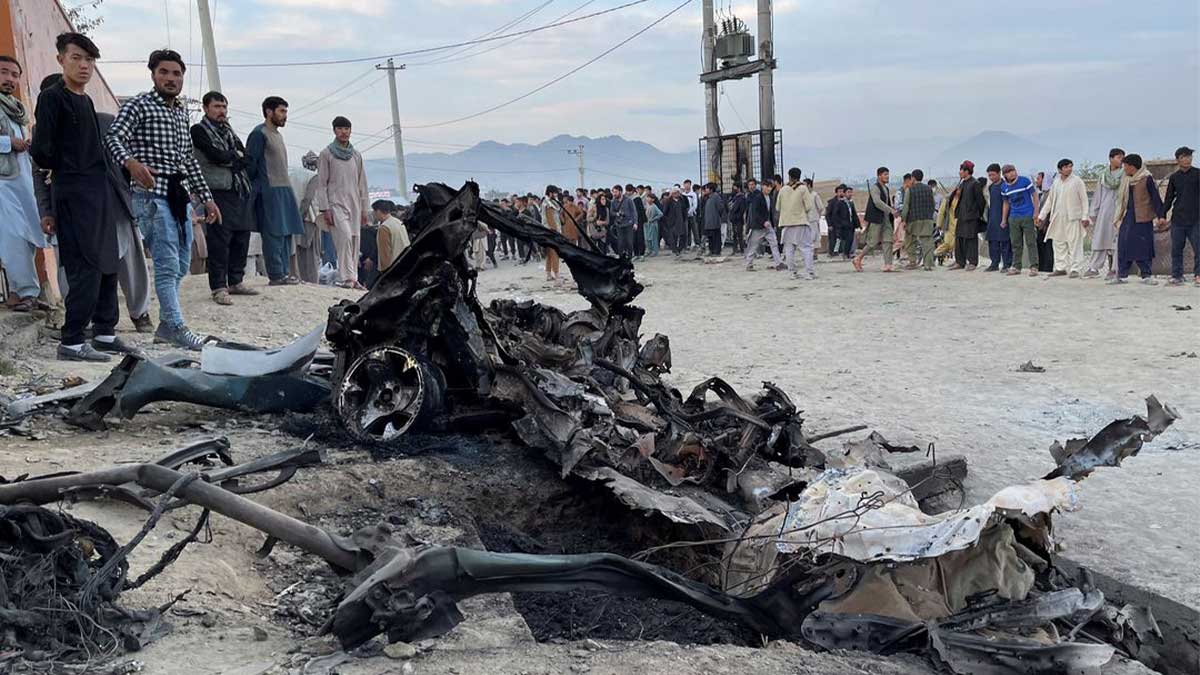 Afghan families have been burying their children who were killed in Saturday’s car bombing, followed by two more IED blasts, outside Sayed al-Shuhada school in Dashte Barchi, Kabul.

More than 85 people have lost their lives and left 147 injured, mainly girls, between the age of 11 and 15 years, in the attack that occurred as students were leaving class.

No one has claimed responsibility for the attack in Dasht-e-Barchi.

The Taliban militants were blamed by the Afghan government for the attack, but the group denied involvement.

The explosions occur against a background of increasing violence as the United States prepares to withdraw all of its troops from Afghanistan by September 11th.

Many members of the Hazara minority group, who are of Mongolian and Central Asian origin and are mostly Shia Muslims, lives in the western Kabul neighbourhood where the blasts occurred.

A maternity unit at the local hospital was attacked almost exactly a year ago, killing 24 women, infants, and babies.

Emotional scenes as girls’ bodies were lowered into graves

The first burials took place at the “Martyrs Cemetery,” which is where Hazara victims are buried.

Grieving families were in pain as the girls’ bodies were lowered into graves, according to the AFP news agency.

“I rushed to the scene and found myself in the middle of bodies,” one of the locals said. “All of them were girls.” Their bodies were stacked on top of one another.”

A car bomb and two explosive devices planted in the area are thought to have triggered the explosions.

Zahra, an eyewitness, told reporters she was leaving the school when the blasts occurred.

“My classmate passed away. A few minutes later, another blast occurred, followed by another. There was blood everywhere and everybody was screaming “she said

The attack left more than 150 people wounded. According to reports from Kabul, the city was bustling with shoppers ahead of this year’s Eid al-Fitr celebrations, which begin next week.

The government-run school, according to Najiba Arian, a spokeswoman for the ministry of education, is open to both boys and girls. According to Ms Arian, the majority of those injured were female students in the second of three sessions.

Surge in violence as US and NATO forces withdrawal

As the US and NATO plan to withdraw all remaining forces from Afghanistan on September 11, violence is rising.

The US State Department denounced “the barbarous assault” on Saturday.

“We demand an immediate halt to violence and the indiscriminate killing of innocent civilians,” it said.

“Targeting primarily students in a girls’ school, makes this an assault on the future of Afghanistan,” the European Union’s mission in Afghanistan said on Twitter.