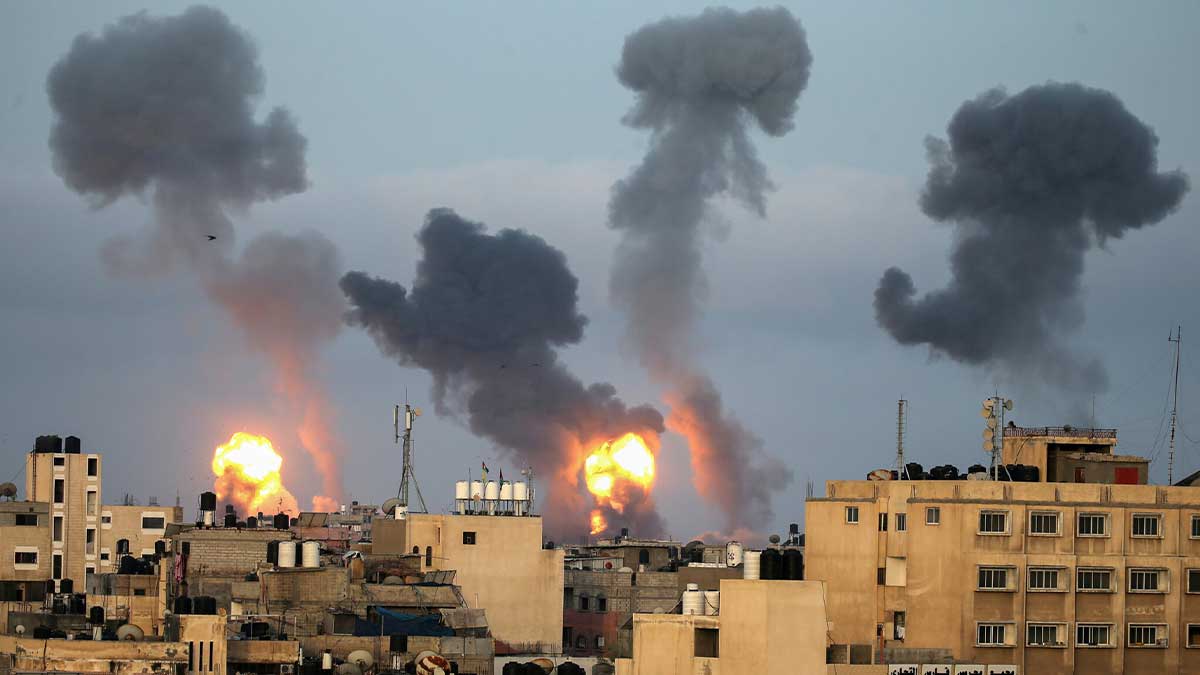 In response to a series of rockets launched by Hamas and other Palestinian militants, Israel initiated deadly air strikes on Gaza on Monday, escalating violence triggered by unrest at Jerusalem’s Al-Aqsa Mosque compound.

According to Gaza officials, at least 29 people were killed, including nine children and a senior Hamas commander, and 122 others were injured. Two people in Israel were also reported killed and at least 56 Israelis have received hospital treatment.

Israeli Prime Minister Binyamin Netanyahu said Hamas had crossed a “red line” by firing missiles at Jerusalem, and that Israel would “react with force.”

“Attacks on our land, capital, people, and soldiers will not be tolerated. Those who assault us will be punished severely.”

The Israeli army claimed that hundreds of rockets were fired from Gaza, with dozens intercepted by the Iron Dome Aerial Defense System. 137 rockets had been launched at Ashkelon and Ashdod within five minutes.

“We have begun, and I emphasise began, to strike military targets in Gaza,” said army spokesman Jonathan Conricus.

“We’ve prepared for a variety of situations, including high-intensity ones… Hamas will get the message,” says the official.

One of Hamas’ commanders, Mohammed Fayyad, was killed, according to Hamas sources.

Tensions have risen in Jerusalem after Israeli riot police clashed with Palestinian worshipers on the last Friday of Ramadan, the Muslim holy fasting month, in the city’s worst unrest since 2017.

Hundreds of Palestinians have been injured in nightly protests at the Al-Aqsa compound since then, prompting international calls for de-escalation and harsh condemnation from the Muslim community.

According to AFP, Egypt and Qatar, which have previously resolved Israeli-Hamas disputes, are attempting to defuse tensions.

A massive fire consumed trees in the compound that houses the mosque, Islam’s third holiest site, as hundreds of Jewish Israelis watched from the Western Wall esplanade below, adding to the sense of confusion.

The Gaza Strip’s Hamas rulers had earlier warned Israel to withdraw all of its forces from the mosque compound and the Sheikh Jarrah neighbourhood of east Jerusalem, where looming evictions of Palestinian families have sparked angry protests.

For the first time since the Gaza conflict in 2014, sirens wailed across Jerusalem shortly after Hamas’ 1500 GMT deadline, as residents, including lawmakers in the Knesset legislature, fled to bunkers.

The rocket attacks, according to a spokesman for Hamas’ armed wing, the Qassam Brigades, were in reaction to Israeli activities in Sheikh Jarrah and around the Al-Aqsa mosque.

“The enemy must comprehend this message: if you answer, we will respond, and if you escalate, we will escalate.”

According to the United States, “condemns the latest barrage of rocket attacks on Israel in the strongest possible terms. This is a dangerous level of escalation.”

According to AFP TV, a house in Beit Nekofa, about ten kilometres (six miles) west of central Jerusalem, was also destroyed by rocket fire.

Separate from the missiles, the Israeli army said on Twitter that in the Gaza border region, “an Israeli civilian in a nearby vehicle was lightly wounded as a result of an anti-tank missile fired from Gaza.”