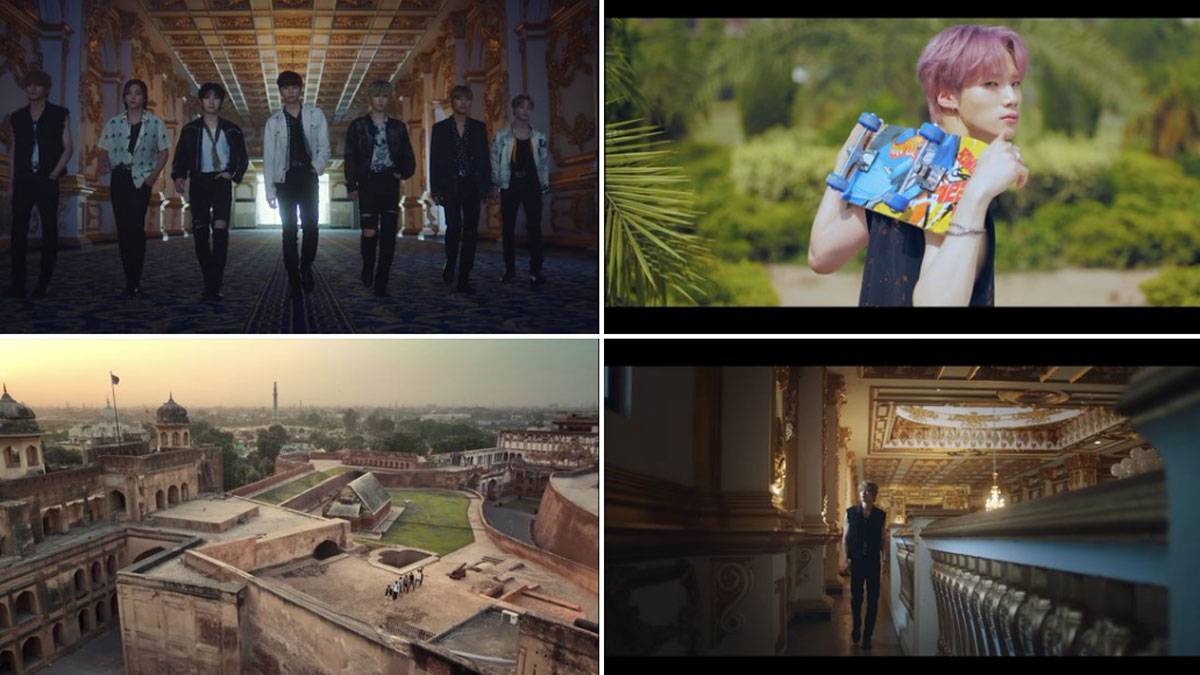 The new song ‘Hit the Bass’ by K-pop band Blitzers has become a banger for many reasons. The music video depicts several cultures and sceneries from all across the globe. The song is also a treat for the band’s Pakistani fans as they spotlighted scenes from Lahore and revealed why they were in Pakistan last month.

The band released the music video for their smash hit song, ‘Hit The Bass.’ Bursting with graphics from Lahore’s food street, visuals of the Badshahi Mosque, truck art buses, the Lahore Fort, and a wedding hall decorated in red and gold, the music video succeeded to muster 1.3 million views on YouTube.

Moreover, the song has made it to our playlist and has also mesmerized netizens. A user on Twitter posted that this is the way one “represents Pakistan”.

Read more: Pasoori has become a global phenomenon and one of Pakistan’s most popular musical exports

After the proclamation of the group’s comeback earlier on June 27, BLITZERS revealed a series of videos named “Looking for BLEE” in which the members travel to search for their fans in main cities all over the world –Lahore, Pakistan, Venice, Italy, London, UK, Paris, France, and Dubai, UAE.

Praising the Hit The Bass, Twitter users get fascinated and one of them wrote that the band did not disappoint and how happy they are with the element that the music video was made in Pakistan.

Another said that Pakistani culture had made its way to K-pop.

For this Twitter user, the chorus and bridge of the song stood out. Another user wrote the fact that this music video didn’t require a lot of money to succeed, just “our buses” were enough.

Blitzers was made by Wuzo Entertainment in 2021. The group has seven members: Go_U, Jinhwa, Juhan, Sya, Lutan Chris, and Wooju, and made their group debuted on May 12, 2021.