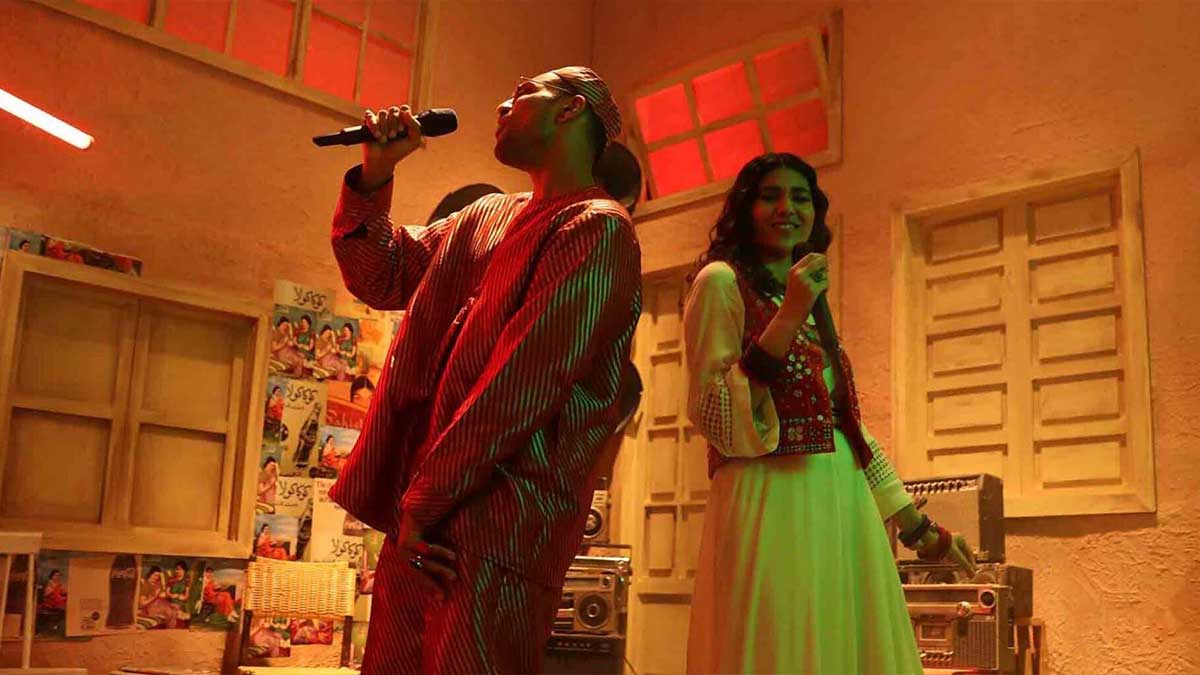 Starting the journey from radio stations in Islamabad to the nightclubs of Delhi and house parties in Kathmandu, the song has gained so much popularity that it is impossible to avoid. The moment the distinctive opening claps of ‘Pasoori’, by the Pakistani singer Ali Sethi with his partner Shae Gill, are heard, it is welcomed with a roar of approval.

Since its release in February, the song has drawn on both traditional and modern musical influences and has gone on to be an international phenomenon and one of Pakistan’s most famous musical exports for years.

The record-breaking song exceeds 111 million views on YouTube; it was the first Pakistani song to top Spotify’s global viral charts, and the first one to enter its official global songs chart.

Read more: ‘Pasoori’ makes it to the top 3 on Spotify’s Global Viral 50 list

Sethi, a classically proficient singer as well as a musician, composer, and fiction author has become one of Pakistan’s most popular pop stars. He remarked that he sees himself more as a “diasporic voice”.

Pasoori meaning “difficulty” came from Sethi’s meetings with the often insurmountable walls that exist between India and Pakistan, which made him stop being able to visit and perform in India.

“It’s been a theme running in my life for several years; I’ve had to engage with my Indian fans and friends through veils, lest we draw the attention of extremist elements whose job is to maintain the rigid boundary between India and Pakistan,” the musician mentioned, adding, “So I’d been mulling the theme of prohibition for many months.”

Meanwhile, a well-known south Asian music writer, Rafay Mahmood, commented: “We have a number of very well-versed, young and trained classical singers but they can’t access the Gen Z marker which Ali can do, due to their lack of cosmopolitan exposure and in some cases education.”

Mahmood added that the song was to be celebrated for Sethi “finding his own voice” and for fruitfully weaving traditional south Asian musical themes in with popular electronic dance beats.

“Pakistani songs have traveled across the border and it is not the first time,” he said. “Pasoori is not a statement or a political anthem. It is a well-produced, catchy song. Nothing else, nothing more.”