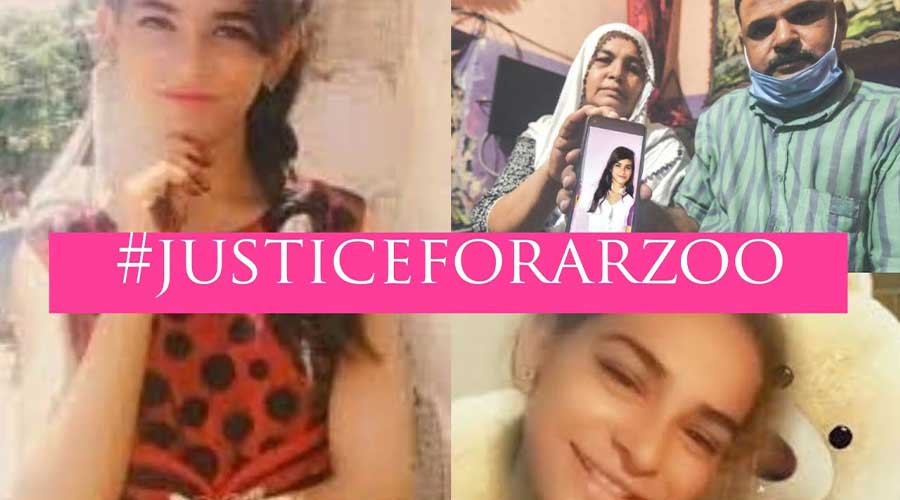 Arzoo Masih case, a teenage Christian girl who was allegedly kidnapped and forced to marry her Muslim abductor, has created a massive uproar, with many celebs coming to her defence.

13 years teenager Arzoo Masih, a Christian was allegedly kidnaped, was forced to convert to Islam, and to marry a Muslim man. However, on Monday, the Sindh High Court directed the local police to find Arzoo and she was to thereby be shifted to a shelter home.

Read more: Celebrities with their powerful tips to shut down cyber-bullies

According to the teenager’s father, she was kidnapped from their house in Railway Quarters, within the limits of the Preedy police station, Karachi.

This case has taken the internet by storm and has created a massive uproar on and off social media. Pakistani celebrities are speaking for the right for Masih’s defense. Sarwat Gilani, Meesha Shafi, Osman Khalid Butt were just some of the stars to share their thoughts on the matter.

Activist Jibran Nasir took to Twitter and posted, “Glad both Sindh & Fed Govt want to pursue #JusticeForArzoo. There is a lot to learn from the injustices committed in this case first by the accused & then by our governance system. With both Govts on board hope this case will become ground for renewed focus on #ChildRights.”

Shireen Mazari also spoke for her recovery, “On the Arzoo Masih case, today judge has ordered the girl be recovered by police & relevant agencies & be shifted to a shelter home. next hearing fixed for Thursday morning. My lawyer has informed court that an intervener will be filed on my behalf.”